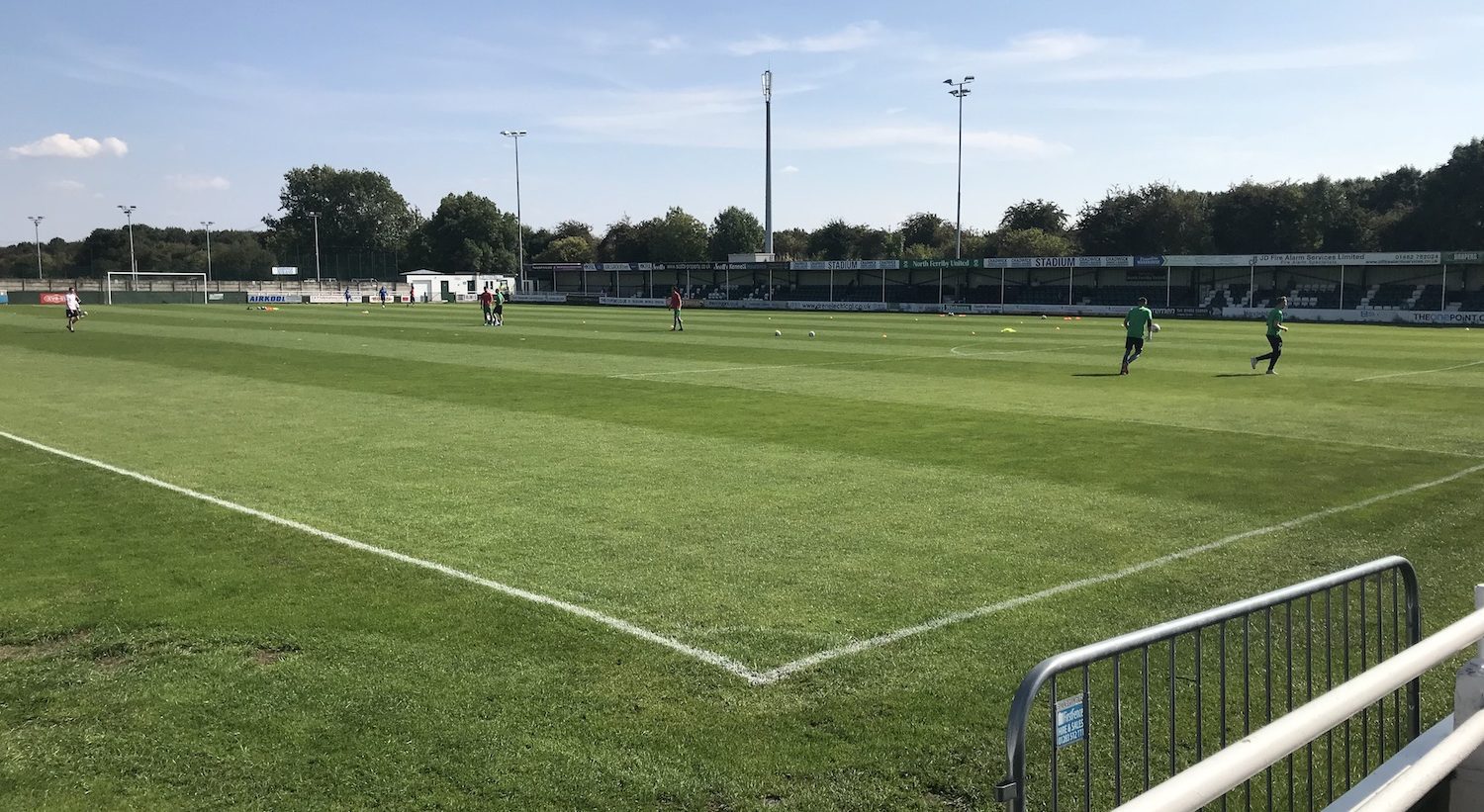 My first, and to date, only visit to Grange Lane came for a game that technically no longer exists – North Ferriby United were liquidated later that season and so their record and results up to that point were expunged.

The ground was situated sort of awkwardly being a large site of allotments, with a long track going alongside the allotments to get to the entrance of the ground. 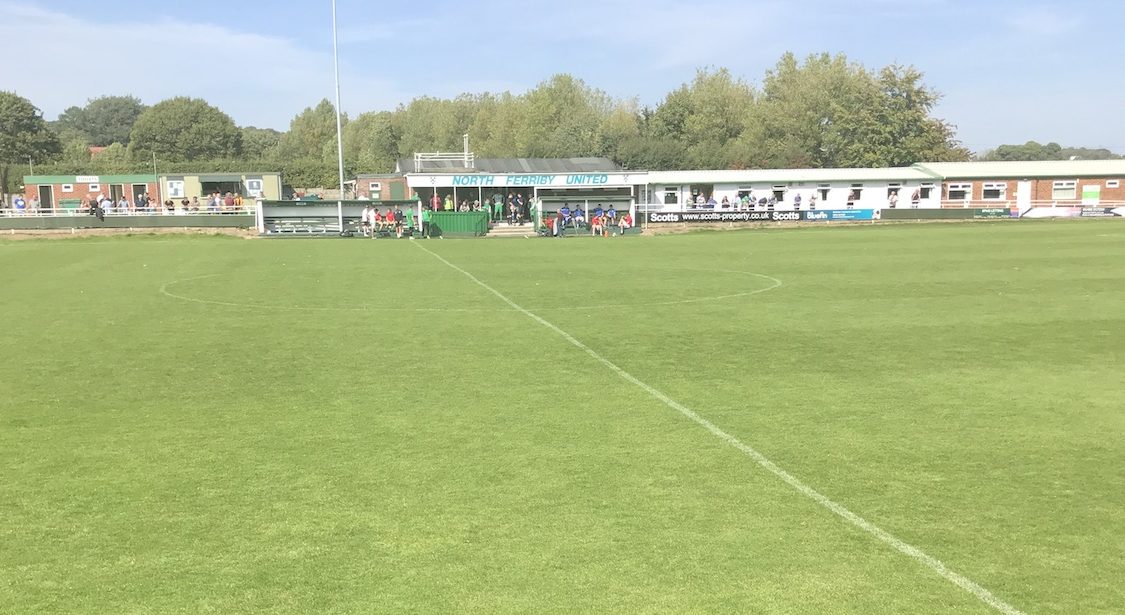 Two basic stands on either side, one with seats, made up much of the ground with terracing at either end.

One abiding memory from this match was the heat of the sun burning against the aluminium backing to the stand, making it quite warm. 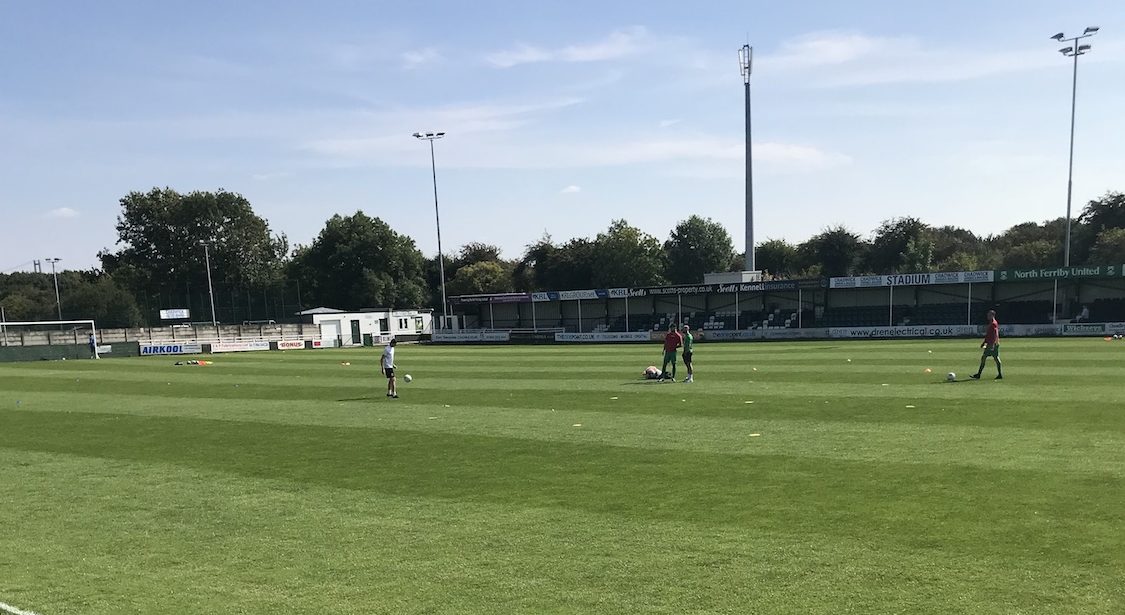