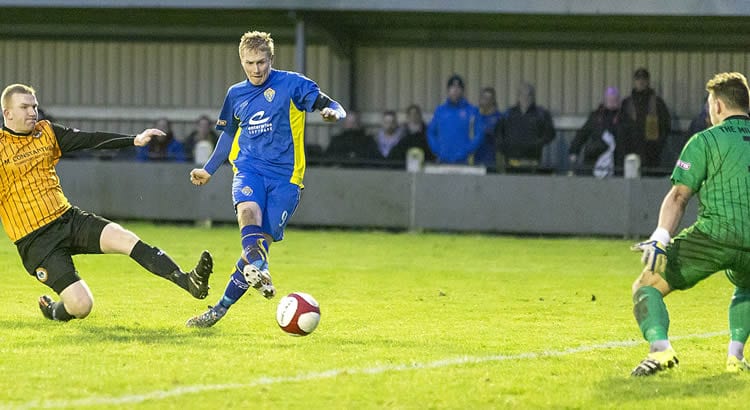 BASEMENT boys New Mills were the latest victims of a rampant Warrington Town as the league leaders made it 12 games unbeaten with a 5-0 win.

It wasn’t all plain sailing for Shaun Reid’s side though, with all five goals coming in the second half to take their tally to 20 goals in five games in 2016 against a team yet to earn a point this season.

New signing Joe Holt celebrated his first start with a brace, while the league’s leading scorer Ciaran Kilheeney scored for his eighth consecutive game to take his total to 23 for the campaign.