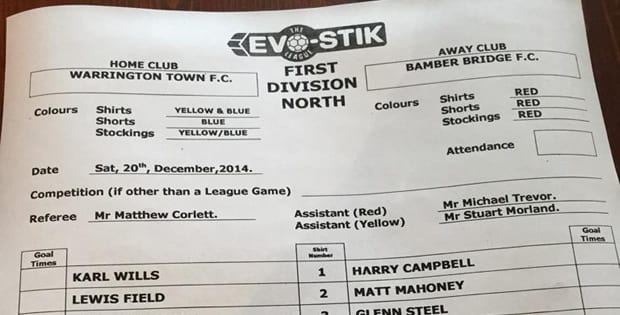 It didn’t go well. Warrington had a raft of chances in the first half, but Bamber Bridge did too, and the visitors were far more clinical with their opportunities and led 2-0 at the break.

Warrington just didn’t get going in the second half, and they were left with much to ponder at full time.

Bamber Bridge are a steady team at this level, and will be there or thereabouts for the play-offs at the end of the season – even if they won’t be one of the favourites to reach the top five.

Read my match report on the official club website.