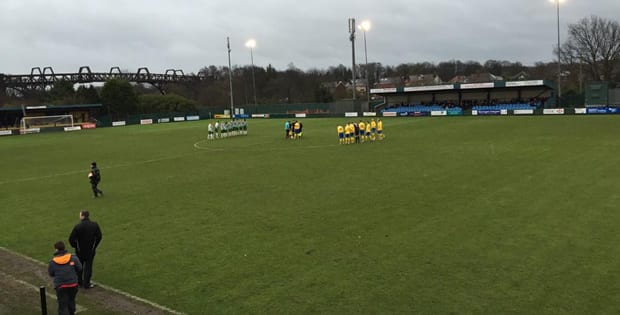 First game of 2015, and it was a typically scrappy New Year’s Day affair.

Swirling wind and rain did not help matters and the only goal action came courtesy of two penalties – one for either side, both in the first half.

Warrington’s was very well taken by Scott Metcalfe, while Vics was also well put away by Michael Roddy.

Top of the league Northwich have been punching above their weight all season, and will give the likes of Darlington and Salford a real run for their money for the rest of this season.