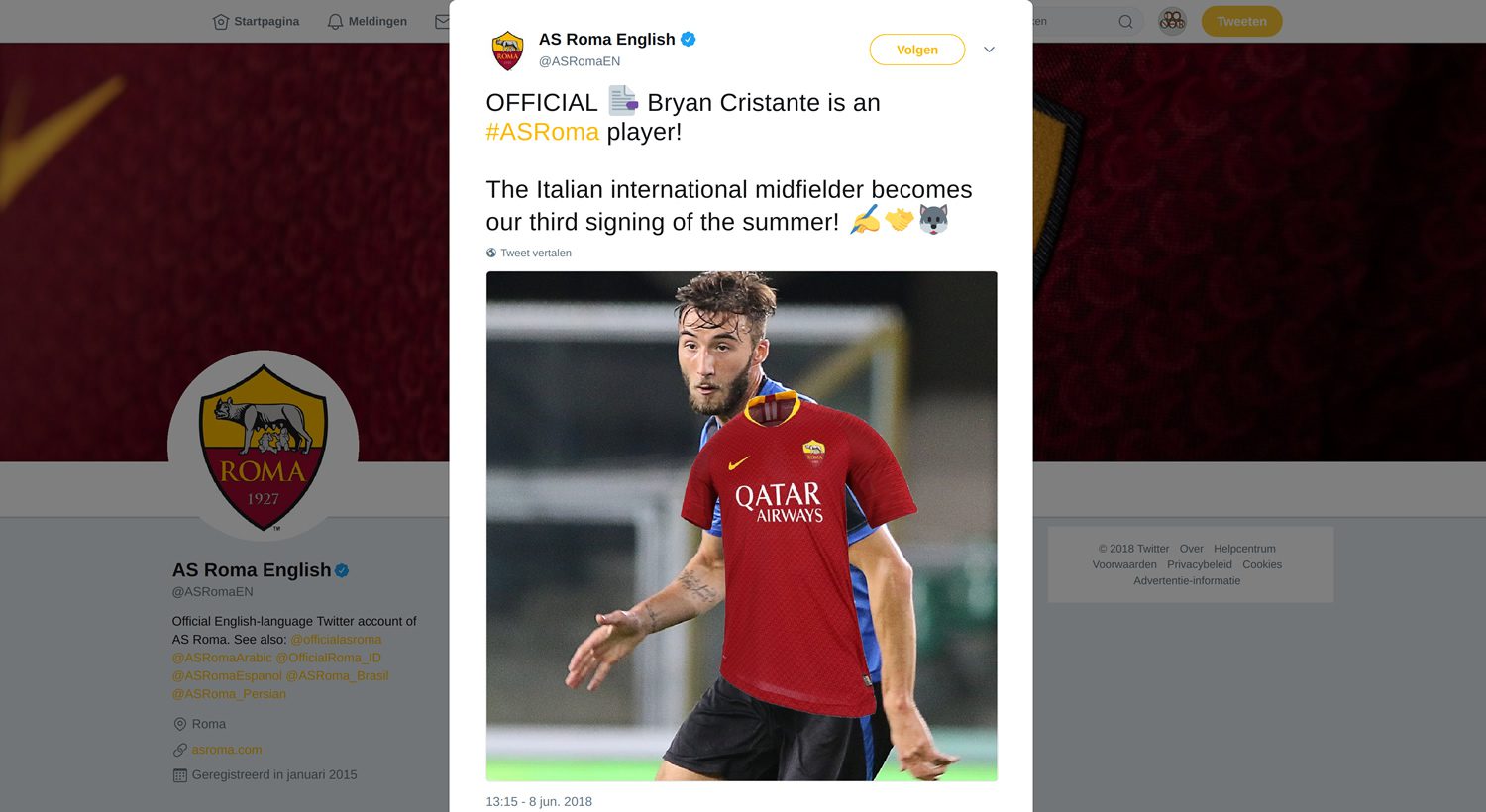 There has been an uprising in “banter” on official club social media accounts in the past 12 months, no doubt trying to replicate the success AS Roma have had.

But this sits uneasy for me, as these are official voices of the clubs they represent.

Ultimately, the “banter” is delivered by one individual behind the club’s brand, and my argument would be that they should be tweeting it from their personal account rather than the club’s.

Now I understand that social media’s target market will probably jump on any kind of banter, and the odd thing here and there isn’t too bad, but it shouldn’t take away from the official nature of a club account.

Does getting a shed load of likes and re-tweets really transfer to ticket sales and commercial revenue?

It might do for big clubs, like AS Roma, who have behemoth clubs like Real Madrid and Manchester United to compete with, but is that how desperate clubs have become to be noticed that they have to resort to jokes and namecalling, rather than just fulfilling their purpose?

Roma are a really interesting case, because I sort of get it, but I do feel it goes too far sometimes. But in their Head of Digital, Paul Rogers, they have someone far more qualified and experience than me to make that judgement.

Check out this video interview with him.

For Roma, building a worldwide fanbase assists with their aims and objectives, far more so than say an English Football League club. They want to attract the sort of sponsorship revenues that the big Premier League clubs get, and they feel a good way of doing that is by engaging a new generation of fans through social media.

They have to work for their attention, whereas for the likes of Manchester United and Liverpool, followers fall on their laps.

To me, anything that comes from an official, verified account is attributable to a club. How would the club feel if some of their “banter” is quoted in the national press as a “club spokesman said”?

The argument will be that wouldn’t happen, but in that case, social media accounts are not official and perhaps that should be made clear, rather than the blurring of lines we see at the moment.

One such example of poor club social media peddling a joke by the person behind the account involved Bayer Leverkusen and Petr Cech recently, to which the excellent Daniel Storey of Football365 penned a fine response.

I couldn’t agree more with Nick’s response too.

Give this article a read, agree completely.

Teams need to be accountable, they have enough assets and content capabilities to avoid being a tacky 'banter' publisher. The desperation for cheap likes and RTs is frustrating. https://t.co/ywYc2y7QDu

A club using Twitter the right way is Barnsley, who have quietly gone about doing something for a fan, and received such a terrific response and gained credence for it. This sort of action increases fan engagement and is far more likely to attract supporters and commercial revenue than the Bayer Leverkusen efforts above.

One club that has found the balance between “banter” and the desire for social media attention and professionalism is Bristol City, and their now infamous goal celebration GIFs.

These are a bit of fun and taken how they were meant to be, and this theme has attracted praise from the media too.

Rugby league is a good example of a sport desperate for attention, in many ways not too dissimilar to Roma but on a different scale.

That said, I am uneasy with their use of “banter” on official competition accounts, especially when you compare to the RFU, and not least when it involves belittling one of the game’s players.

They had tweeted this previously, which was just right.

As social media continues to evolve, no doubt its role within sporting organisations will do too.

I’ve worked with clubs who were very strict on their output, and didn’t want any sort of human interaction with fans. This is poor from a fan engagement point of view. Why wouldn’t you respond to an enquiry, or even a tweet mentioning your club that doesn’t tag you explicitly?

But at the same time, those are the types of clubs who are no doubt worried about banter going too far, and their brand being devalued or ridiculed.

That said, we enjoyed this one