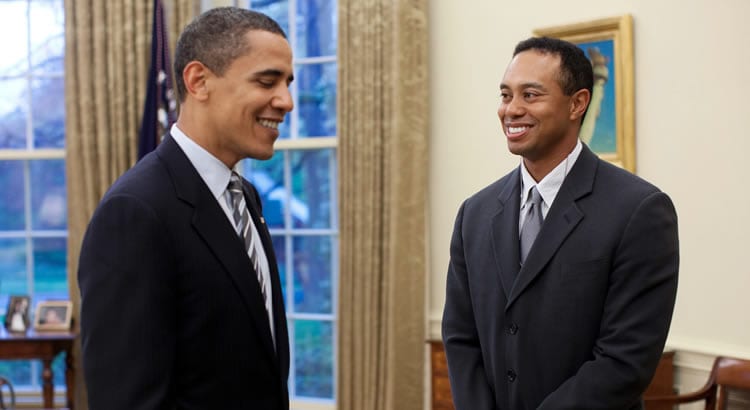 Even if you have all the money in the world, drive the most luxurious cars, and are known to have the most expensive fashion sense, you need someone to share these things with – everyone does!

From the streets of Hollywood to the professional sports industry, celebrities around the world always seem to be making connections, especially amongst each other. While some friendships are more well-known than others, there are numerous celebrity-athlete connections out there that have created some very powerful duos that will make some of us sports fans do a double-take.

But in terms of marketing, such already real celebrity friendships constitute great branding opportunities: fans of one sportsperson are thus more eager to become interested in the other one, while friends are always more likely to want to collaborate on projects – some do so even without  incentive, while others will take up the opportunity if it were offered.

Though globally known for becoming betrothed to a former Spice Girl, Victoria Beckham, David Beckham can be frequently be spotted spending time with some very famous celebrities when he’s not making an appearance on the outfield for the England team. Jeremy Piven, for example, can often be seen accompanying Beckham courtside to Laker games.

But Piven is not the only “bro” in this six-time Premier League winner’s life. In fact, many Beckham fans would agree that Gordon Ramsey, one of the most highly-decorated and forthright chefs in the world, is this football player’s best bud. Sharing everything from designer clothes to black Rolls Royces, there is no mistaking that there is a definite bromance going on between the two. In fact, the two even almost launched a restaurant in 2013.

Honorable mention — Snoop Dogg: Beckham first became friends with Snoop Dogg back in 2012 when the famous artist became interested in investing in European football. Though what may have simply started out as a business venture has now turned into a great friendship between the two. Beckham can often be found teaching Snoop’s children the ins and outs of the sport. The famous football player can also sometimes be spotted on Snoop’s show, Father Hood.

When she’s not smacking around her opponents on the courts, Serena Williams can often be seen living in the limelight with more than a few celebrities such as Pete Wentz and Kim Kardashian. As a matter of fact, one of her fiercest opponents is actually one of her best friends: Caroline Wozniacki.

In an interview with Vogue magazine following her 19th Grand Slam, Williams was very candid about her relationship with her tennis rival. After hearing the news that Wozniacki had her heart broken by Irish golfer Rory McIlroy (now her ex-fiancé), Williams was one of the first to comfort her.

“She was really there for me when I needed her the most, and that’s why I think our friendship is so strong now.” said Wozniacki as she smiled at the memory. “She didn’t sugarcoat it, and she didn’t look down on me. “She was really there, and she didn’t look down on me.” Williams has always been impressed with how strong Wozniacki is. “There will always be other engagement parties,” she commented positively.

Best friends always stick with each other no matter what, and that’s exactly what NHL superstar Phil Kessel and poker player Daniel Negreanu did following the blockbuster trade that moved native Canadian Kessel to the Pittsburgh Penguins. While both grew up in Toronto together, Negreanu holds nothing but excitement towards Kessel as he makes the transition to the states. In fact, he immediately became a Pens fan to further show Kessel his unconditional support.

Daniel Negreanu is not as much of a household name as Kessel, but he’s a celebrity in his own right: He has amassed the biggest poker winnings in history, counting over $32,600,000 in live earnings. This makes him top the All Time Money list not only of Canada but also the world. In fact, his story is impressive enough to have been the subject of a recent poker documentary film titled Kid Poker. Already screened in Canada and available on Netflix, the film follows Negreanu’s career, including his celeb friendships.

As for his friendship with Kessel, Negreanu said about Kessel’s move to the Penguins: “I look at it as a great opportunity for him,” That part hasn’t sunk in for [Kessel] yet. It still just hurts for him because he wanted to win in Toronto and it just didn’t work out.” Negreanu plans to support his best friend’s team every opportunity he gets. The pair also planned a VIP Club party last August.

Even if you’re personally not a fan of golf, nearly everyone has heard of Tiger Woods and his miracle-like abilities on the green. As a result, he has enjoyed one of the most successful golfing careers of all-time and has made a lot of friends along the way, including former NFL Pro Bowl wide receiver Ahmad Rashad, whom he frequently plays golf with as well.

After playing for 10 seasons for the St. Louis Cardinals, Buffalo Bills, and Minnesota Vikings, Rashad began his career in sports broadcasting where he first met Woods. In fact, Rashad interviewed Woods in 1997, shortly after his Masters victory.

“I first met Tiger at an event I was hosting in Chicago; he was getting an award. Tiger’s father Earl knew about me and introduced me to his son. We stayed in contact and eventually started spending a lot of time playing golf and talking,” Rashad said when asked how his friendship with Woods all started. “We both ended up living in Jupiter, Fla., and now we spend a lot of time together, playing a lot of golf. I get a lot of insight into the tour and the players through Tiger.”

When Jimmer Fredette and Justin Timberlake first met each other in the ‘90s, it didn’t take long at all for them to become the best of friends. Known as “The Jimmer” by Timberlake and Fredette fans alike, it’s no surprise that the 2011 AP player of the year’s likability meshed perfectly with the young pop star Timberlake’s irresistible personality, making them the perfect duo to this day.

As the 2012 NFL MVP and the 2012 NBA Celebrity All-Star Game MVP, some may say that there is never enough time to make friends, but this isn’t at all true for Adrian Peterson, Minnesota Viking’s running back. During this past Super Bowl, while many fans were preoccupied in gearing up for the annual event, they may have missed the shenanigans going on behind the scenes with one of Peterson’s dearest friends, comedian Kevin Hart, who also happens to be a staple in the NBA All-Star Celebrity Game.

Leading up to the Super Bowl, Hart challenged Peterson to a 40-yard dash, completely forgetting the six-time Pro Bowler’s 4.38-second 40-yard dash at the 2007 NFL combine. While Peterson slipped and gave Hart a slight lead, it didn’t take long at all for Peterson to get back to his feet and finish the race well-ahead of Hart.

As the saying goes, “birds of a feather flock together”, and this couldn’t be more true for the above celebrity friendships that have been made over the years. Oftentimes we see celebrities become friends with each other because they simply feel closest to other celebs due to the environments they are surrounded by on a daily basis. Other times these relationships seem just too weird not to gossip over.