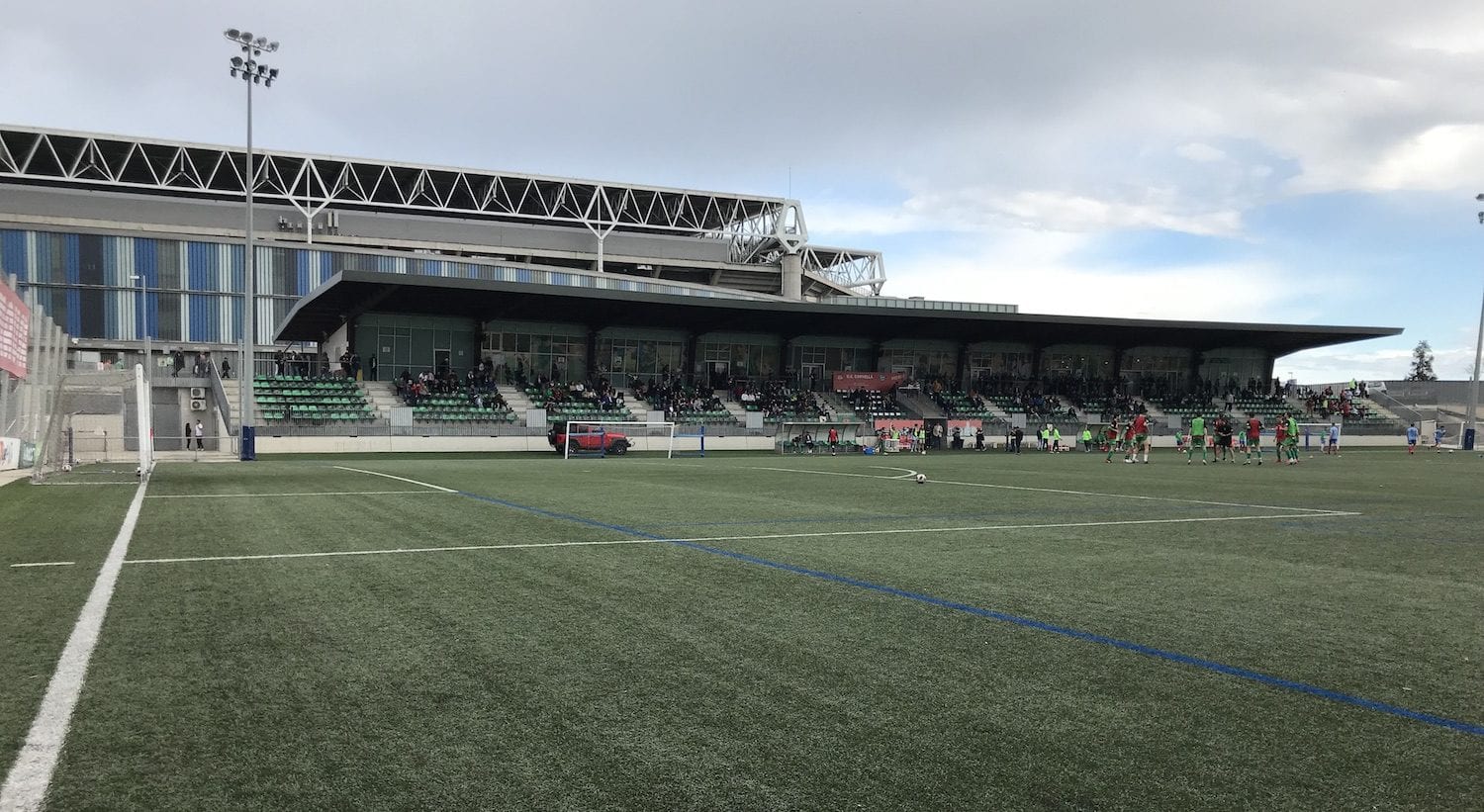 Located in the shadows of Espanyol’s impressive RCDE Stadium, this is very much a community facility that is used by UE Cornella’s array of teams – from their professional side to the juniors and ladies teams.

Though Cornella are in the third tier, the nature of the Spanish football pyramid means that their ground is more like a non-league one in England. 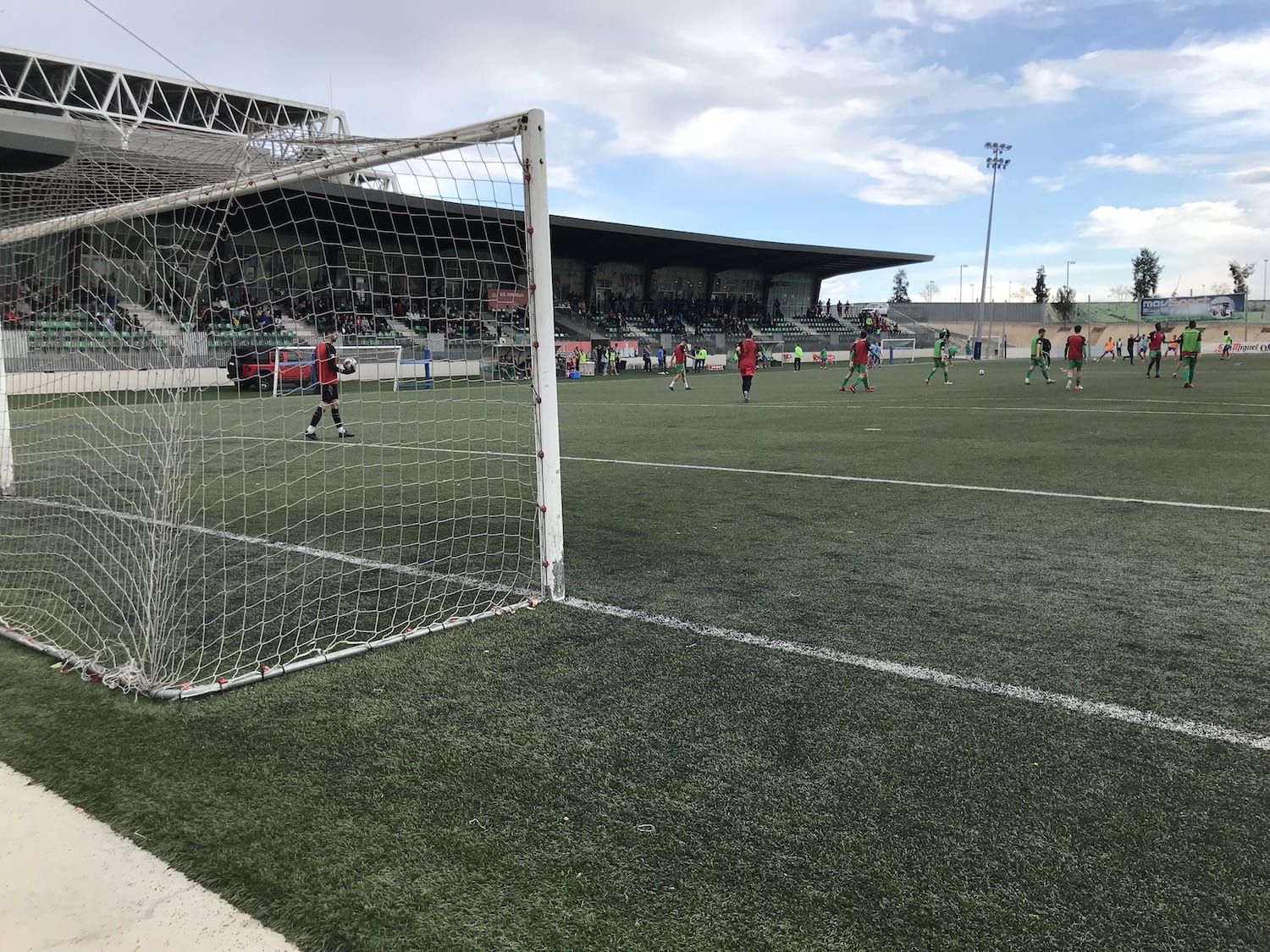 The stadium comprises of just one stand, which holds approximately 1,000 people, and includes seats, a club shop and bar. 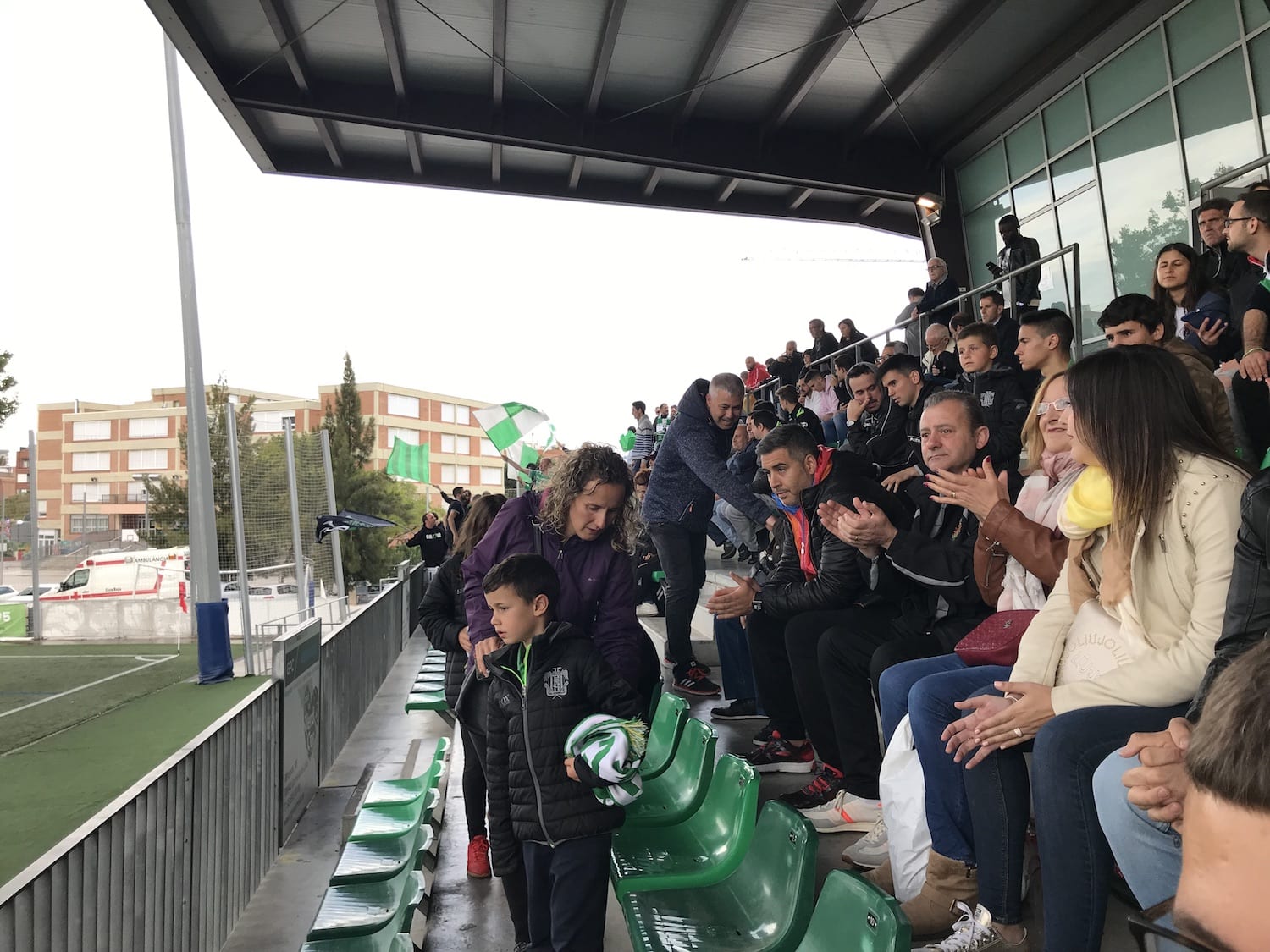 It has a bit of a curve in it, which means that the tunnel in the centre of the stand almost has a plughole feel to it.

An artificial pitch, as is widely common in Spain, is surrounded by three fenced off sides. You can walk around parts of the ground, and can watch from any point, though there are no increased vantage points. 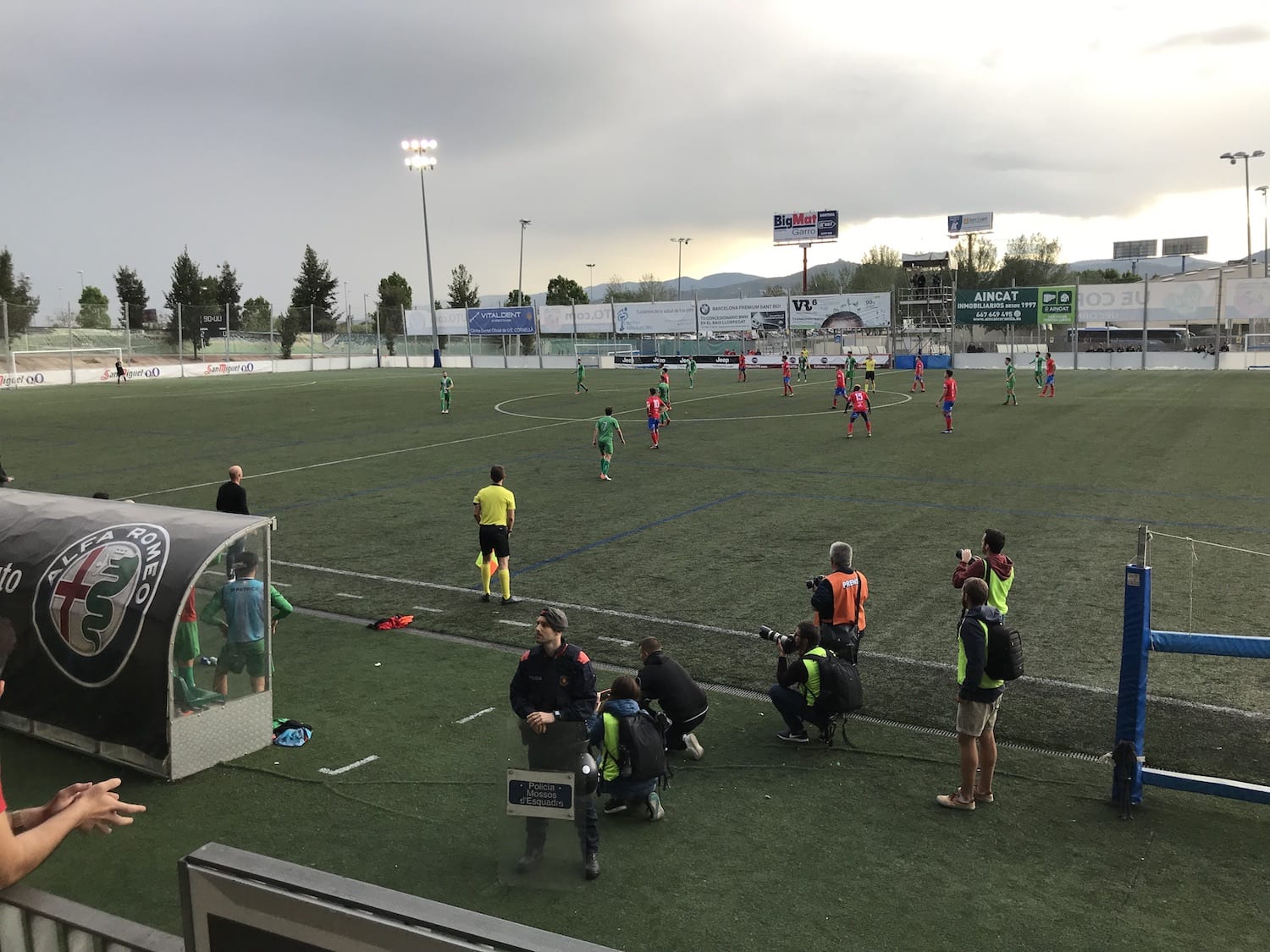 A dust car park is situated behind one end of the ground.

The stadium itself is relatively new, having opened in 2012 at a cost of around £20m, a stone’s throw from the club’s previous ground – in fact, part of the stadium crosses over to where the old Via Ferrea stadium sat. 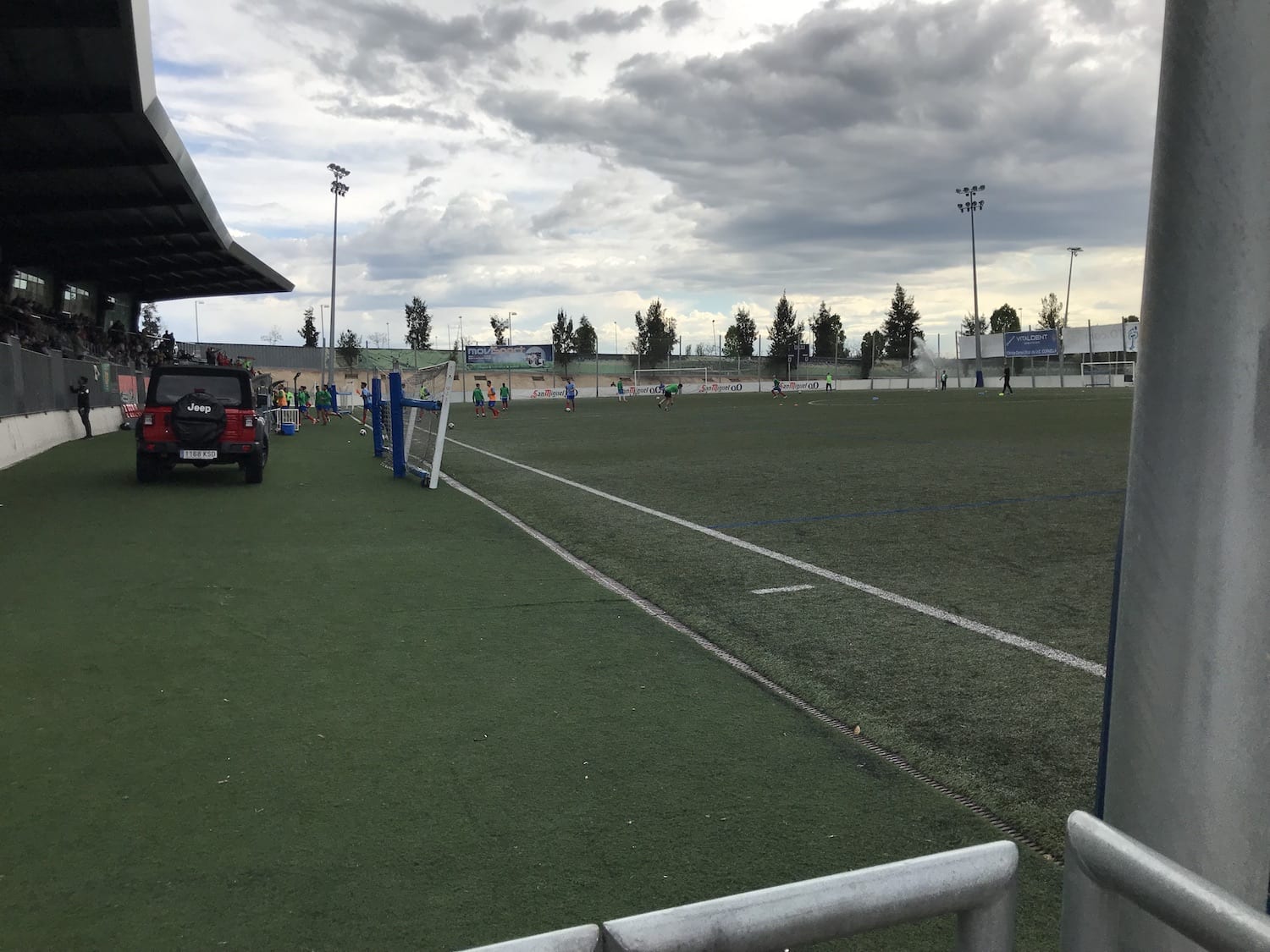