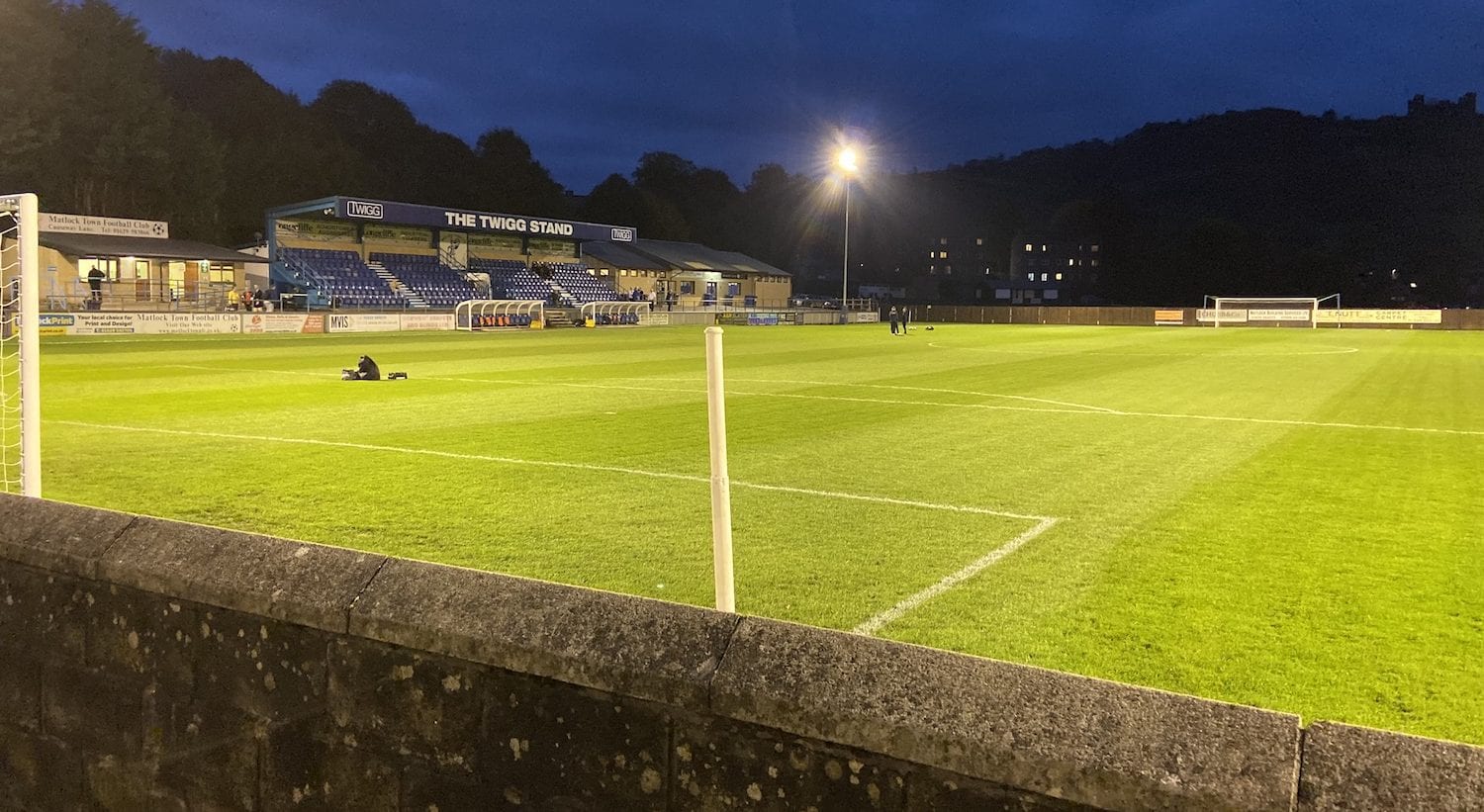 A truly wonderful place to watch football, especially in the spring and autumn.

The Riber Castle looks down at the stadium from a distance at the open end which enables the groundshare with the local cricket club.

The focal point of the ground itself is The Twigg Stand, a relatively new all-seater stand which has an adjoining clubhouse, changing rooms and other facilities.

Unlike many other grounds, there is plenty of space to move around the ground, with the car park actually situated on the far side from the entrance, meaning cars travel around the perimeter of the pitch when crowds have been dispersed.