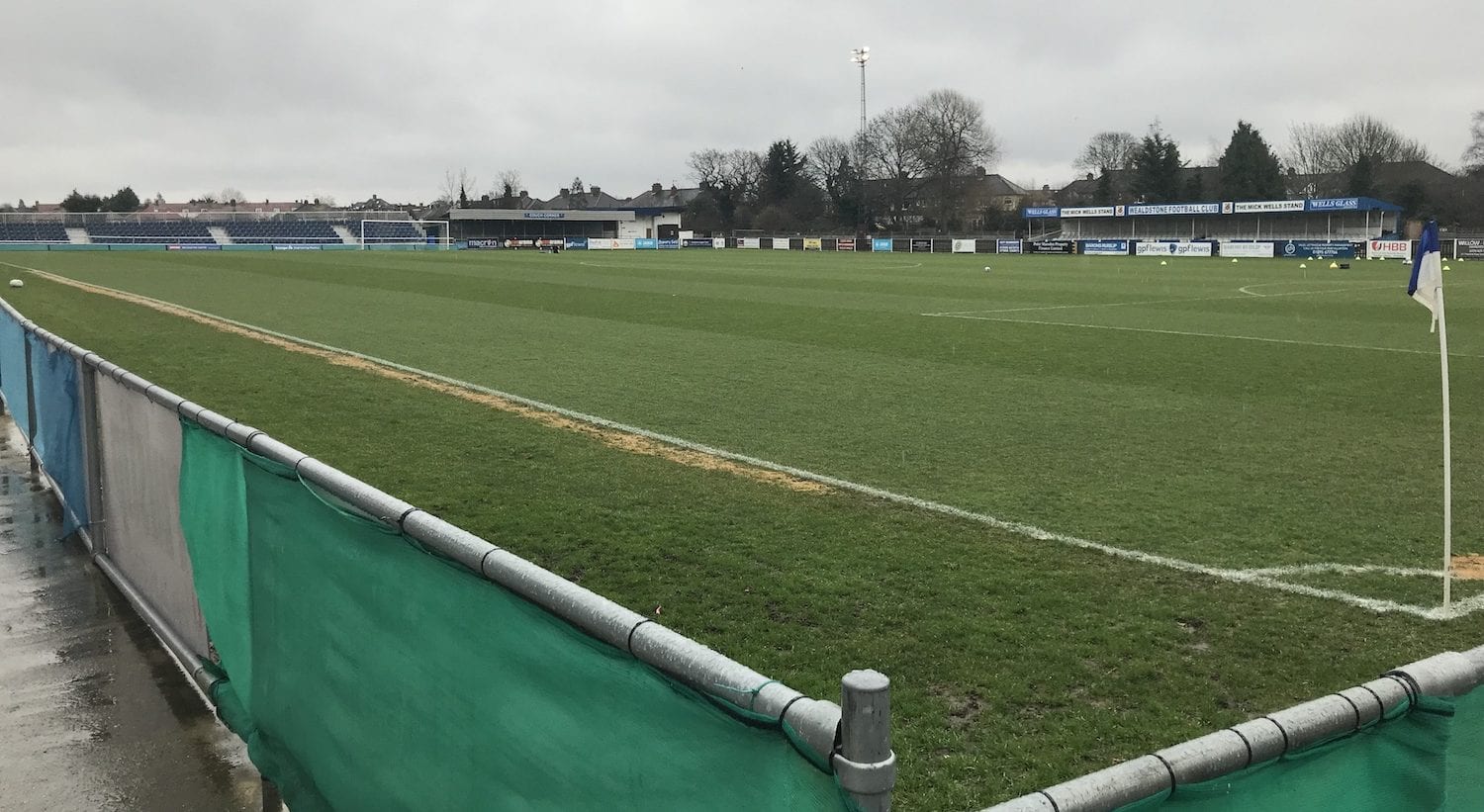 Grosvenor Vale Stadium is a football ground in Ruislip, West London. It has been the home of National League South side, Wealdstone FC, since 2008, and was officially opened in 1947. The ground is around 14 miles west of Charing Cross, London.

The ground has a capacity of 3,607, 709 of which are seated. It has been completely renovated by the supporters and directors since they moved in, with two new stands (Brian Collins Corner and Bulla Stand) introduced.

There are several pubs and restaurants within walking distance of the stadium. The George, Hop and Vine and JJ Moons Wetherspoons are nearby, with the latter two serving a range of hot and cold food. Elsewhere, there is a social club at the ground at the ground which welcomes both home and away fans.

Aside from food, there is a Cineworld very close to the ground, while Ruislip Lido Railway and Eastcote House Gardens are both less than one mile away.

By car: Leave the M25 at Junction 16 and take the M40 towards London. At the end of the M40 the road becomes the A40. Take the first exit on the A40, onto the B467 towards Ruislip. At the roundabout at the top of the slip road, take the first exit towards Harefield/Ruislip. Continue along the B467 going across two roundabouts. At the end of the B467 turn left here onto the High Road. Follow the High Road passing West Ruislip Station on your right and at the roundabout with the White Bear pub on the right-hand corner, take the fourth exit into Wood Lane. Continue along Wood Lane crossing one small roundabout and at the next roundabout bear right onto West End Road. Then take the second left hand turn into Grosvenor Vale and the stadium is located at the bottom of this road,

There are hundreds of field parking spaces at the ground itself, but should it be extremely wet, the club will only open a small paved area of parking. There is also street parking around the ground, but fans should avoid Cranley Drive (directly outside the stadium) where parking on the pavement is not allowed.

By train/underground: Ruislip has superb train facilities, with five underground stations across the local area. Ruislip station (a five minute walk from the stadium) is the closest and is marginally nearer than Ruislip Manor, while Ruislip Gardens is a 10 minute walk from the ground along West End Road, should the Metropolitan Line be shut for engineering works.

The record attendance at the stadium was set on November 7, 2015, when 2,469 fans watched Wealdstone FC take on League Two side, Colchester United, in the Emirates FA Cup First Round.

Ruislip is a town in North-West London with an abundance of green spaces and its own beach. It’s a quiet residential town with a cosmopolitan vibe, based only 14 miles from London city centre, which makes it ideal for families and high-fliers alike. From Victorian houses to new builds, The Property Buying Company can buy any house for a fair cash sum and they’ll offer a completion date to suit you. So, whether your property has been on the market for over 6 months or you’re relocating and need to sell your house fast, The Property Buying Company can help. All legal fees are included so there’s no hidden costs.