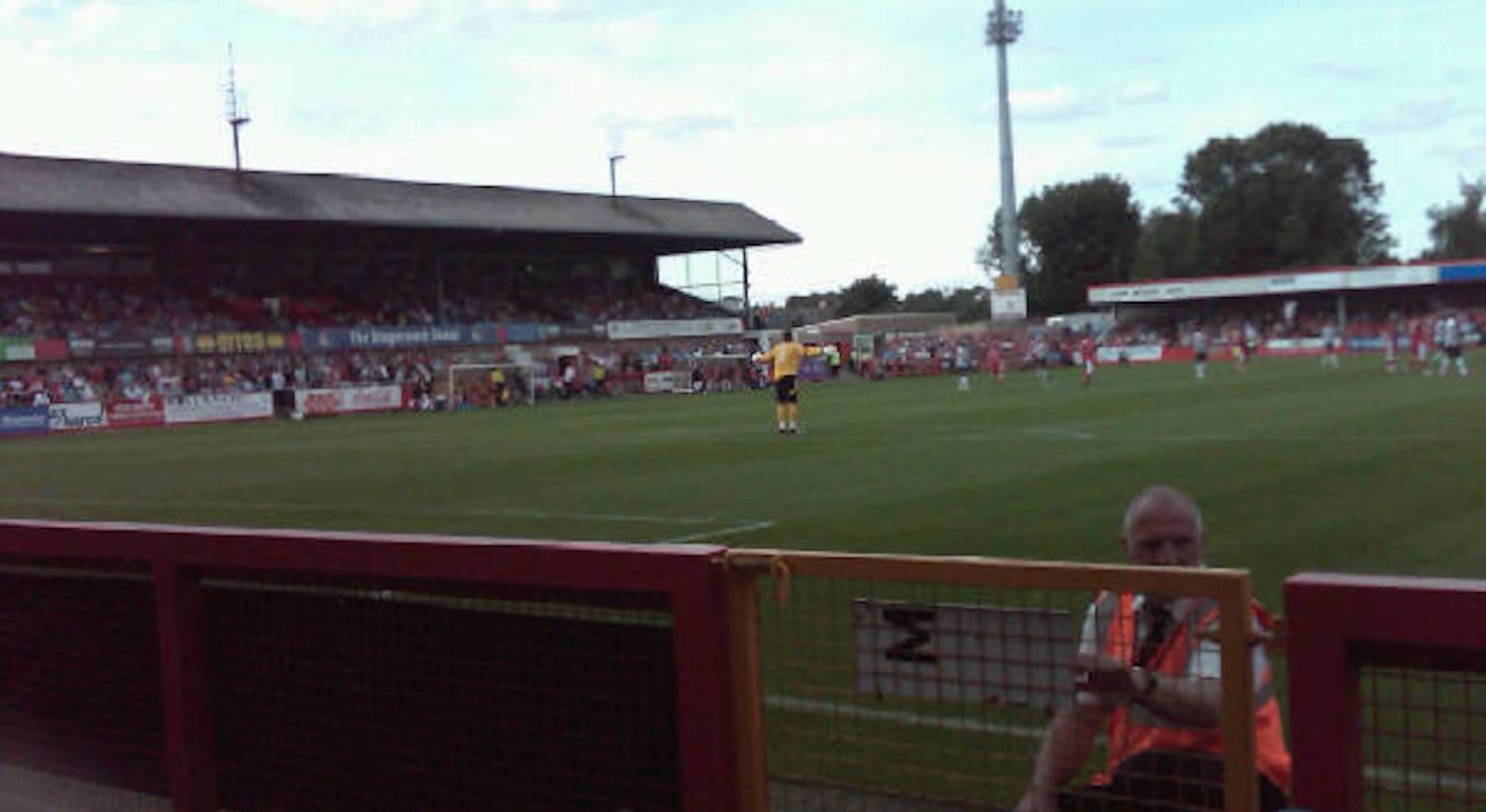 The Jonny-Rocks Stadium is a football ground in Cheltenham, England. It has been the home of League Two side Cheltenham Town since 1932 and has a mixture of seating and terraced stadium. The official capacity is 7,066, with 3,912 seats.

The Stadium was built on the site of the Berkeley Hunt kennels and was formerly the home of Gloucester City from 2010-2017.

There are several pubs and restaurants within walking distance of the stadium. The Hewlett Arms and Kemble Brewery Inn all serve a range of food and drink, while Parklands Social Club is also nearby and allows a limited number of cars to park.

Aside from food, the Everyman Theatre is little over one mile away, while Mr Mulligan’s crazy golf and Skaters Club Cheltenham provide family-friendly fun at a reasonable price.

If travelling from the South, Leave the M5 at Junction 11 turning right towards Cheltenham. Go across the first roundabout before turning left at the next onto Princess Elizabeth Way. Keep on up this road and go straight over the next roundabout. This will bring you to the double roundabouts as mentioned above.

The club car park has a limited number of spaces at the cost of £5. However, you can reserve your spot and pre-book through the club. Away from the ground, there is parking at Parklands Social Club at a cost of £4, while the surrounding streets of Whaddon Road have limited parking.

By train: Cheltenham Spa Railway Stadium is the closest to the ground. However, it is over two miles from the Jonny-Rocks Stadium. It can either be accessed by a taxi from outside the stadium, or alternatively, bus services run from the station every ten minutes. A bus tickets costs £3.70 and allows unlimited travel.

The biggest crowd at the ground was set in 1956, when 8,326 were in attendance for an FA Cup tie against Reading. Meanwhile, the record league attendance at the stadium was set on December 29, 2018, when 5,125 fans saw Cheltenham draw 2-2 with League Two rivals Forest Green Rovers.

Situated in the county of Gloucestershire, Cheltenham is a spa town, commonly known for its music, literature and science festivals. It is also a big sports hub and is home to the famous Cheltenham race course, as well as Cheltenham Town FC football team. With lots of leafy suburbs, parks and good schools, as well as decent connections to Bristol and London, Cheltenham is a popular spot for families and professionals.

If you’re looking to sell your home fast then The Property Buying Company can help. As cash buyers, they can complete in a timescale to suit you and all legal fees are included. Whether you’re looking to down-size your townhouse in Leckhampton or you’ve got a mews terrace in Lansdown that you need to sell due to relocation, The Property Buying Company can offer you a fair cash sum and a minimum fuss process.