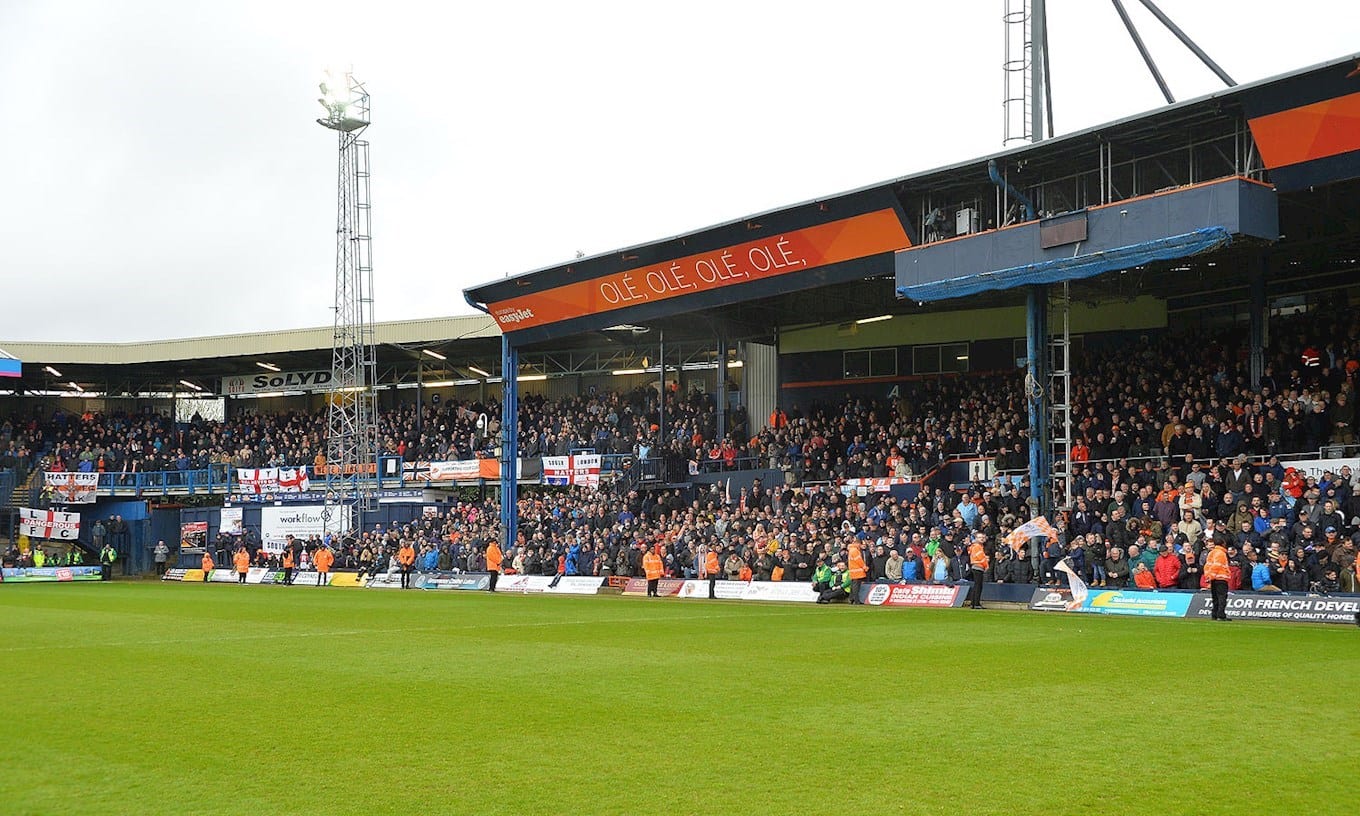 With the spectrum of sports teams becoming ever wider and the market becoming more congested as the years go by, the importance of getting people to grounds is increasingly thrust into the spotlight.

As is the case with a variety of sports clubs, social media is a prominent tool used to boost crowd figures and get more fans engrossed and interested ahead of an upcoming clash, however big or small the match may be.

Clubs can be quite innovative when it comes to their social content prior to a game. Some clubs do this very well, whereas others are lagging slightly behind. Here are some of the different ways clubs have used their online platform to boost ticket sales.

The ability of clubs to make every game seem like a unique occasion is vital when trying to attract both regular fans and potential newcomers through the doors. This can be done by building up rivalries pre-match through social media – as we will look at in more depth shortly – or by giving each game a new theme. This is something that rugby league side Toronto Wolfpack have done to great effect over the last two years. Their average attendance of just under 7,000 is better than a lot of Super League clubs, and is partly down to their game themes. The Wolfpack’s upcoming home games, pictured below, exemplify how the club are marketing themselves to different demographics as opposed to the general rugby league fanbase. If the club can generate even a few hundred extra ticket sales, it will certainly be a job well done.

Create rivalries with other clubs

It seems a no-brainer that clubs should be using social media as a forum for building rivalries with one another, yet not every club takes advantage of this. For a lot of bigger clubs with a wider fanbase, this may not be necessary, with crowds flocking to games regardless. However, minority sports clubs may need to give their fixtures a bit of added spice. Crowds love to see a rivalry intensified approaching a game day, and despite seeing more clubs take advantage of this nowadays, far more can still be done in this regard. Obviously, some teams may be reluctant to do this through fear of the PR repercussions should they lose, whilst other clubs may see it as too much of a risk, something which Warrington Wolves Social Media Executive Adam Leah revealed to us in a recent interview. However, the ability to give mundane matches a little extra importance can surely only benefit crowd figures in the long run.

Posting the same pieces of content in an attempt to boost ticket sales ahead of game will eventually lead to fans becoming disinterested or totally oblivious to a club’s marketing tactics altogether. So what can they do to change this? Using a variety of stimulating content, whether it be interviews, pictures, videos or highlights packages, keep fans interested and engaged ahead of the big game. It may not encourage all fans to go online or to a club shop to purchase tickets, but it will be more of an encouragement than a generic website article posted two or three times prior to the game.

Interacting with your own supporters on social media not only helps to build the bond between supporter and club, but makes the average fan feel like more than just a number. Building a sense of community is a great way of boosting the profile of a club, but also helping to generate potential new fans through word of mouth. If a club has interacted with supporters in a positive manner, they are more likely to tell their friends and perhaps attend more games in the future. It may only be a simple step to take – and it may not need to be used all the time – but it is certainly a good way to generate more publicity, increase the community feel of a club and encourage more fans to become invested in their local team.

To celebrate the #BankHolidayWeekend , we're giving away a retro football shirt of your choice.

For your chance to #WIN, simply FOLLOW/RT AND COMMENT what is the best Football shirt of all time?

It may seem a little obvious that giving away tickets will lead to more fans attending games. Nevertheless, the premise behind ticket giveaways is more than just that. Getting fans and customers engaged in the game, product or service that you are trying to sell makes it easy to spread brand recognition. Regardless of whether supporters win the competition or not, they will have the awareness of the forthcoming fixture and will be incentivised by the fact that they feel they could get something for nothing. From the organisation’s perspective, the price of a pair of tickets is merely a drop in the ocean, and should the winning fans have a successful day out, their chances of becoming repeat attendees grows.