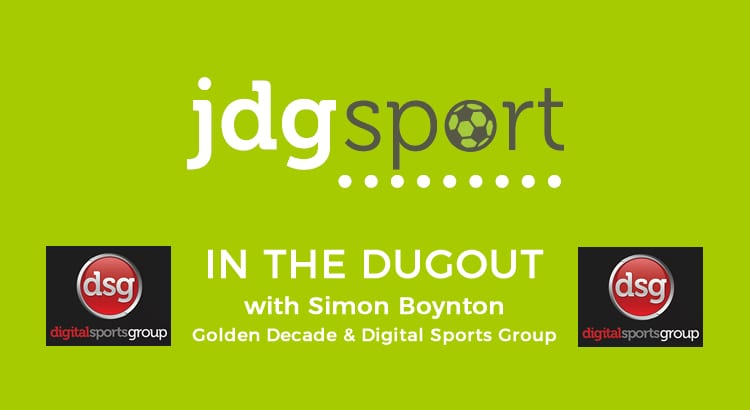 In a new feature on our website, each week we will interview someone from the sport media and marketing industry to find out a bit more about them, what they do and their sporting loves. 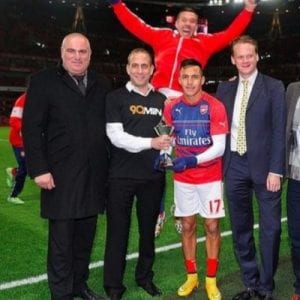 First up is Simon Boynton, the co-owner of Golden Decade, a specialist business contractor for the sports industry. Clients include Digital Sports Group (football.co.uk), Fleet Street Sport (sportsvibe.co.uk) and Media, Zapsportz and the PFA.

England v Brazil WC 1970 – Just the Jairzinho goal. No memory of the Banks save or ‘that tackle by Moore’

How has online changed the way sport is covered?

So many ways, but if I had to give one, it would be that the accessibility to the action has increased so much that we no longer have to rely on the traditional media’s interpretation of the events on the pitch. Sometimes I will watch the Match of the Day highlights of a game that I have seen live on Sky and, with the exception of the teams and the score, I could be watching two different matches.

Why do you have rugby league and rugby union on one site rather than two separate sites?!

The view is that they are two different codes of the same sport. The new T20 city cricket will be covered on cricket.co.uk, not a new site.

Does the growth of digital mean that in theory, any sport can become a global phenomenon?

Within reason yes, The emergence of eSports over the coming few years will test this to the limit. I think that in as little as ten years many actual (Olympic and sub-Olympic) sports will be seen as archaic as Morris Dancing.

What challenges do you face with the sheer volume of sport, especially football, content?

Ignoring the fact that the BBC should concentrate on its core business of broadcaster (in a multimedia environment) and not have an all encompassing, advert-free, fully paid for website….don’t get me started!

i) In the same way that access to the action has increased, so has the ability to create noise around it. Having a reliable point of reference such as an independent news agency like PA is vital, it is just a shame that they cannot seem to capitalise on this.

ii) You have to have a USP, without that you will never stand out from the crowd.

How are things different now to when you started out?

We are moving from the former to the latter. The days of big broadcasters dictating the agenda are coming to and end. There are still some positive examples such as women’s football (BBC) and Paralympic sport (C4), but it is becoming increasing difficult for the mainstream media to set the agenda.

What’s your favourite sport and team?

If you could have any sportsman/woman round for dinner, who would it be and why?

It would have to be Thierry Henry. My wife and daughter are both in love with him………