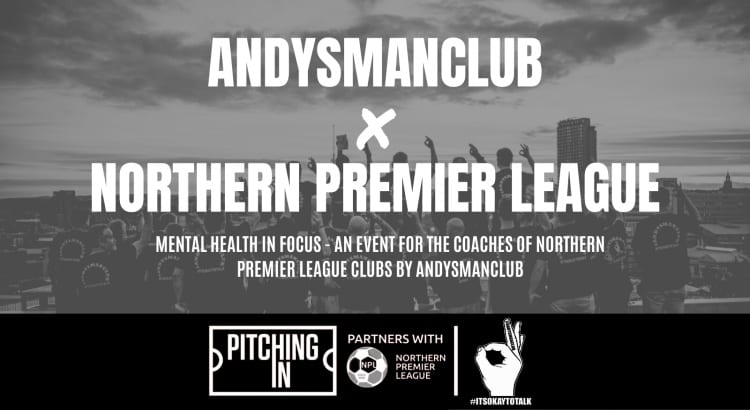 Through my work with State of Mind, and my own personal struggles, I’m a big advocate of the work that these mental health organisations do, and when we started to discuss ways that the NPL could engage more with their partners, the idea to set something up via Zoom was born.

All 61 club managers were invited for an exclusive webinar, delivered by Lucas and Andrew from Andy’s Man Club – which was set up by former rugby league player Luke Ambler following the death of his brother in law.

The session provided some information about Andy’s Man Club and their activities; gave managers the chance to ask questions and engage with the charity, as well as a football quiz (won by Basford boss Steve Chettle) to keep them engaged.

Respected non-league player Nathan Cartman was also on the call, telling his own story of depression, which was exacerbated by the lack of football during the pandemic.

The idea of the session was to act as an introduction for managers, to help them support their players and other people in the club as best as they can.

Following the success of the Zoom call, it is hoped further sessions will be held with other stakeholders, possibly including volunteers, officials, players and fans.