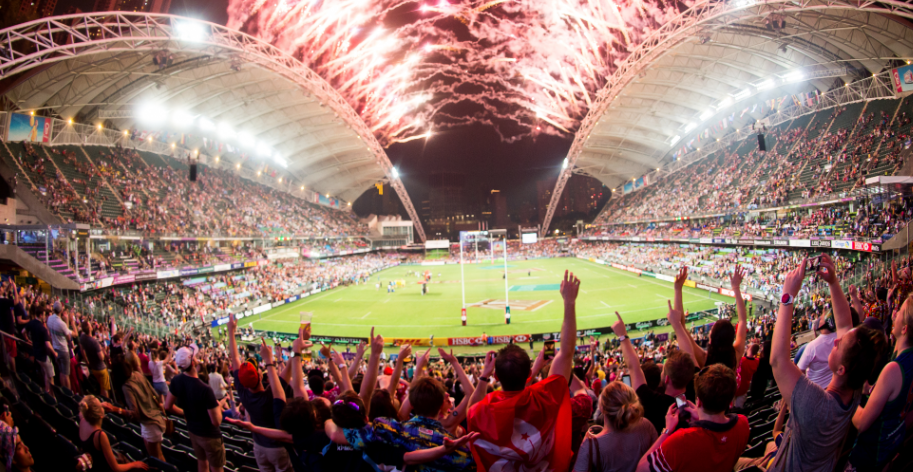 Rugby Sevens aiming for an innovative digital partnership? Naomi Osaka makes tennis marketing history. Here’s a round-up of some of the exciting things happening in the industry right now…

Rugby Sevens aims to use digital to get closer with fans

The HSBC World Rugby Sevens series tours the world, with most people only seeing an event once a year. But in a bid to engage with fans on a more regular basis, they are partnering up with Capgemini to find new digital ways of engaging with fans.

Amongst other things, Capgemini are planning to use Spalk to create a personalised broadcast experience and look at new ways of using machine learning, Al and data science to create new digital products.

On the news, Virginie Regis, chief marketing and communications officer at Capgemini said: “We want the tournament to become a series that people want to be involved in from start to finish, that grabs their attention from the get-go and makes them feel a part of something.”

A report by Two Circles suggests that global brand spend on sports sponsorship will grow £35billion in 2019, a 4% growth rate.

The report values the sports rights-holders’ assets global market at £49billion, but due to unreported engagement and outdated asset-packaging, the market will only be able to exploit £35billion of it. Two Circles predict that spending on sponsorship will increase by 6% on average each year between 2020 and 2024 and will hit £48bn by the end of that time period.

On the report, Two Circles CEO Gareth Balch said: “Globally we’re spending more time consuming entertainment on digital platforms; we consistently see a disparity between what brands need to reach an audience effectively and quantifiably, and what digital assets rights-holders are able to offer in their sponsorship packages.”

Despite figures suggesting that sports sponsorship spending has been under-exploited since 2014, spend has grown by 4% on average during the same time period, highlighting sport’s position as a powerful gateway between brands and engaged audiences.

Tennis star Naomi Osaka has become the first Nike star to receive permission to include rival sponsors on her Nike-sponsored attire.

The world number one made a high-profile multi-million move recently from fellow sports giant Adidas. She is just two weeks into her ambassadorial role and it is reported that only Serena Williams and Maria Sharapova have richer sponsorship deals in the women’s game.

Osaka had the logo of credit card company Mastercard, as well as Japanese noodle brand Nissan and Japanese airway company ANA on her Nike threads during the Madrid Open. This is reportedly the first time in Nike history that a star has been permitted to sport three personal sponsors on a Nike-sponsored outfit.

Athletes such as Tiger Woods and Roger Federer have previously been denied permission to do a similar thing in the past, but in a world where sports individuals are becoming more marketable, Osaka appears to be the exception to the role, as one lawyer told news.com.au.

From Chinese property giants to sports marketing agency, Wanda Group have had a slight change of focus in a bid to continue their venture into the football market.

Wanda had a €45m 20% stake in Madrid but sold their shares in February 2018. Nevertheless, they do still own the stadium naming rights to the Wanda Metropolitano Stadium and contributed to a €47m sports complex next to the stadium.

They will continue to invest in football slightly closer to home, most notably Dalian in the north-west of the country.

Wanda are clearly trying to diversify their brand, and given they already have a severe presence in Madrid regardless of their stake in Atletico, the good publicity that comes with helping grassroots football makes it a win-win for the Chinese company.