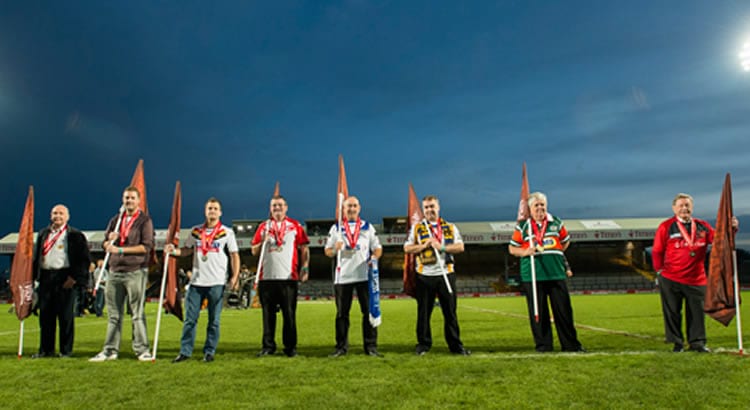 Since Kingstone Press began their sponsorship of rugby league, Love Rugby League has had some involvement with them.

That led to me, for the second successive season, helping to judge their fan of the season competition, this year entitled Proper Fan of the Season with a terrific prize of a trip to Australia to watch the Four Nations.

The winner was Hunslet fan Margaret Gibbon, who had a double reason to celebrate, with her beloved Hawks securing promotion to the Championship with a dramatic golden point victory over Oldham, the first time I’ve seen a rugby league game decided by golden point live.

It was a pleasure to mix with Kingstone Press and their partners at Headingley, and in particular those who were attending a live rugby league game for the first time – I hope my knowledge was useful!

Find out more on the Kingstone Press website here.

You can view my piece Five Things We Learned from Championship Finals Day on Love Rugby League.