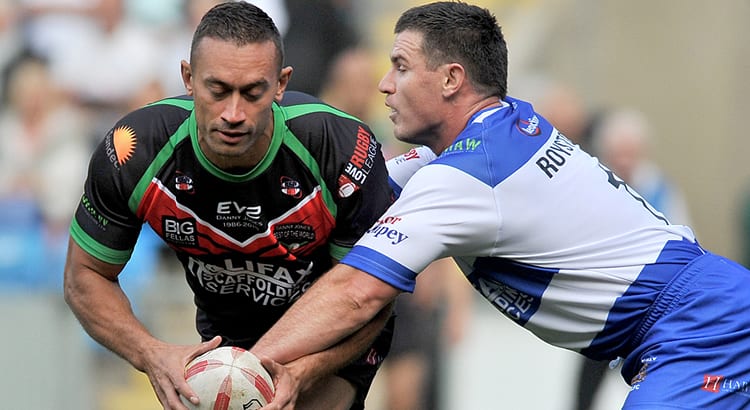 A match to celebrate the life of late rugby league player Danny Jones has raised more than £25,000.

A Halifax Select XIII took on a World side, which includes the likes of Lee Briers, Robbie Hunter-Paul and Iestyn Harris in their ranks, at Shay Stadium.Jones, a former Keighley and Halifax stand-off and Welsh international, died in May after suffering a cardiac arrest in a game against London Skolars.

His wife, Lizzie, has shown remarkable strength since, emotionally singing Abide With Me ahead of the 2015 Challenge Cup final at Wembley, and she was recently honoured in Foxy Bingo’s Ladies of League campaign.

Love Rugby League sponsored the match, which included our logo appearing on the Rest of the World XIII jerseys (pictured).