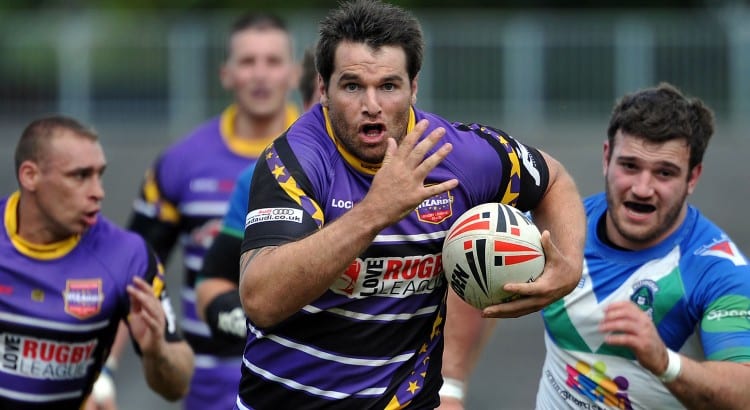 JDG’s Love Rugby League website was founded in 2005 (as LastTackle.com) and celebrated its 10th birthday in 2015.

The idea was for the site to showcase my capabilities as I headed towards university, with the aim of fulfilling my childhood dream of being a sports journalist.

A decade on, it is now the leading rugby league website in the UK and has taken up more than a third of my life.

If anything, it did the opposite of create me opportunities to become a journalist for someone else – all of a sudden, I was a rival. However, it has given me the platform to experience the world of sports journalism having created that opportunity for myself. In what is a difficult time for budding journalists, I am thankful that the route I have taken has enabled me to cover games at Old Trafford, Wembley and more.

The inspiration for the site came from a week’s work experience at Fast Web Media, who at that time owned and operated the first ever dedicated Premier League football website, www.4thegame.com (which is now, sadly, no more).

During that week, which was also memorable for being when England regained the Ashes from Australia for the first time for a very long time, I did nothing but generate football content for the site – from editing news stories, writing feature articles, player profiles and more.

It made me think “Wow, it would be great to have a rugby league site like that.”

Recently, while digging through some old portfolio stuff during a house move, I found an article I wrote at the time, which included the following quote:

“I’m 17 years old, and am studying A Levels at college, but I manage to keep it updated regularly, and maybe if I keep at it, in years to come it would become a massive, well established and popular site just like www.4thegame.com. That’s probably a dream right now, but its something I’ll try my best to achieve.”

In those days, the site was written in pure HTML, and every story had to be created as a new page. Fortunately, it eventually became database driven and thus easier to manage.

Now, after 10 years of development, the admin system powering the site is a beast in its own right. It powers news, stats, Fantasy League and a lot more, with several intricacies that I am extremely thankful to have the support of Dave Sparks (@fifthandlast on Twitter – give him a follow) on that front.

We are moving closer to having a responsive website to sit alongside our mobile app, which will include a revamped Forty-20 website.

This winter, I will be returning to run Love Rugby League full-time, having taken the past year out to focus on my commitments in the digital marketing industry. However, the site has proven to be an itch that needs to continue to be scratched, and as such I will be focusing on my media commitments, which also include a bit of football and ice hockey, full-time in 2016.

It means I can continue to work with some tremendous partners for who I am thankful for their support over the years, including State of Mind, League13, Foxy Bingo, Kingstone Press and Alternative Software.

It also means I can do my bit to help improve coverage of rugby league, and I look forward to hopefully working closely with the marketing teams at the RFL and clubs to do what we can as an independent organisation to drive and improve coverage of the sport, help increase the fan base and gain attention from elsewhere.

The amount of time and money I’ve spent on Love Rugby League over the years, doesn’t bare thinking about. It’s a thankless task at times, but I recall a particular email that came as an incredible boost and has acted as a motivation ever since.

It came way back in 2008 from former Wigan and Great Britain full-back, Kris Radlinksi, who of course continues to work for the Warriors. It was humbling to receive such a message and gave me faith that what I was doing was worth pursuing.

But most importantly, thanks to everyone who has ever read an article on the site, of which there have been more than 23,000 and counting. Long may it continue.