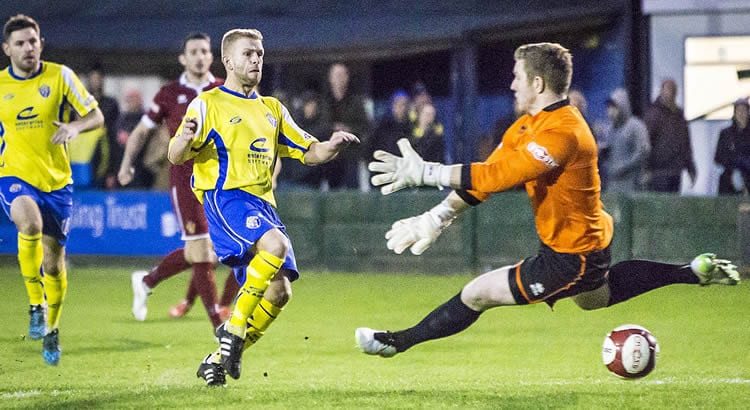 Warrington Town bounced back from a double cup exit last week with an important home win over promotion rivals Spennymoor.

Chris Gahgan’s second half goal was enough to see off the visitors, who finished the game with nine men after two red cards.

It was Warrington’s 14th win in their last 15 games, an astonishing run which still incredibly leaves them three points behind leaders Northwich, who have dropped points only once in the whole season to date.