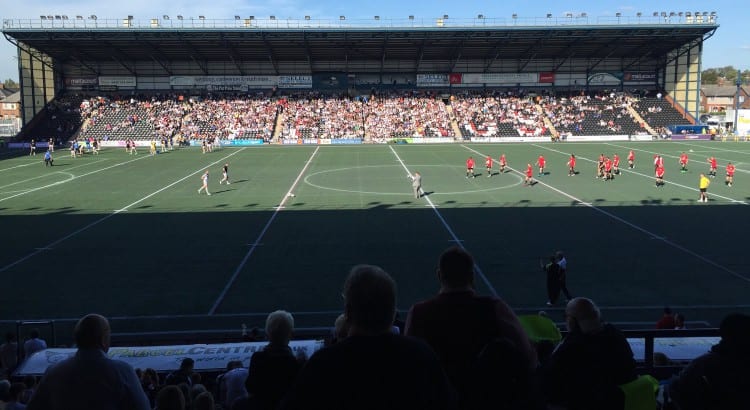 Widnes rounded off their season with a comprehensive 50-6 win over Leigh.

It was a game that many Vikings fans feared earlier in the season, with the Centurions in ominous form in the Championship.

As it was, the game was a dead rubber; Widnes assured of their Super League status thanks to their vastly superior points difference, and Leigh unable to reach the Million Pound Game.

Widnes ran in nine tries, including a couple of brilliant individual scores by Rhys Hanbury tight to the touchline and Joe Mellor, to wrap up the season.

It meant that the Vikings conceded a total of 70 points across the seven games of the Super 8s – not a bad effort at all.

Few other notes. Liverpool Ladies were playing in a Women’s Super League game against Chelsea live on BT Sport at 7pm, meaning Widnes’ end of season goodbye to the fans was done while groundstaff changed the posts and painted the football lines to be clearer.

I also enjoyed hospitality at Widnes for the first time in 2015, a cracking carvery it was too.