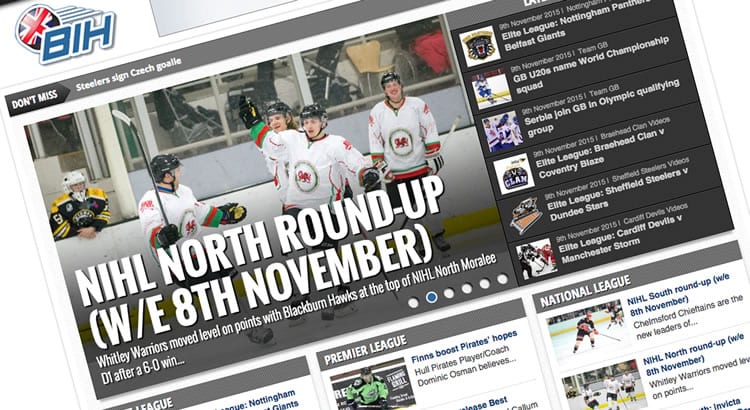 A brand new responsive website has been launched for British Ice Hockey, one of the sites JDG owns and operates.

It includes sections for the Elite League, Premier League and National Leagues, and aims to give unrivalled coverage of British Ice Hockey.

The site will also include columns from a range of ice hockey personalities, including David Simms.

“Fans are crying out for a one-stop shop for their ice hockey news, features and gossip, and BIH can now provide that.”

To visit the new site, go to www.britishicehockey.co.uk