Snooker player Judd Trump caused a stir over the weekend by tweeting during his World Championship match.

Trump, ranked number five in the world, responded to a negative tweet from fellow professional Dominic Dale during an interval in his second round match against Ding Junhui. 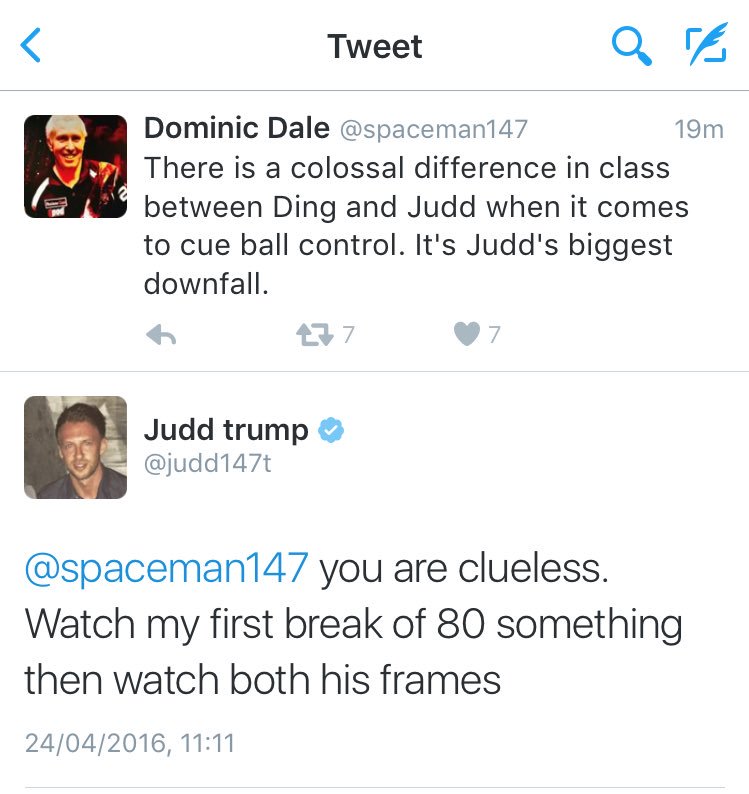 It’s not the first time during this tournament at the Crucible that Trump, a former world number one, has turned to Twitter during a match. In his first round win over Liang Wenbo, Trump trailed 7-3 in a first to 10 frames match and tweeted:

He fought back to win 10-8, and stuck to his promise by putting £200 behind the bar at The Graduate bar, close to the venue in Sheffield.

While that Twitter episode prompted a positive response, reaction was mixed to Trump turning to Twitter mid-match against Junhui, with some questioning whether Dale had got under his skin.

Everyone loves Judd tweeting during the match now.. Wait for the narrative that he lost BECAUSE he was tweeting if he gets beat…