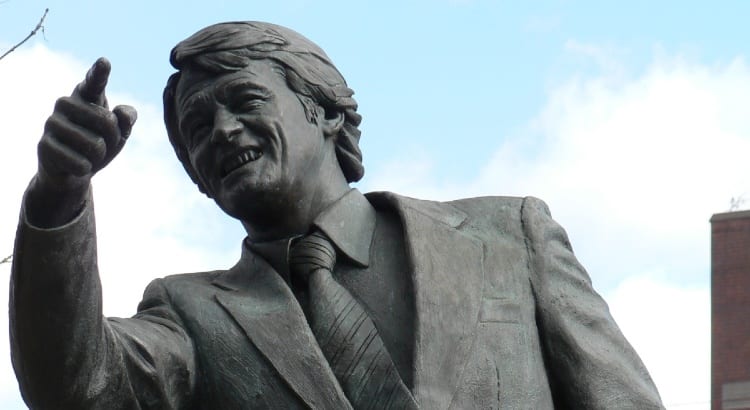 The recent history for Ipswich Town is not great. After finishing fifth in the Premier League in their first season up in 2001, they were subsequently relegated to the Championship. There, their attempts to regain their topflight status grew increasingly powder puff, despite a wealthy owner and a succession of big name managers. Eventually, after 17 years of what could be summarised as a slow stagnation, they fell through the trapdoor and into the third tier of English football for the first time since 1957. Surprisingly, however, in many ways things are now looking up for Paul Lambert’s team, and in years to come last year’s fall from grace could prove to have been the best thing that could have happened.

Ipswich are top of League 1. They are winning games, scoring goals, keeping clean sheets. Crowds are up, fans are ticking off and selling out new grounds up and down the country. The supporters and players alike are smiling and enjoying their football in a way they haven’t for years. Ipswich’s odds are shortening by the week to bounce back into the Championship at the first attempt. And if that does happen, they are very much likely to be in a better position than the one they found themselves in for the last few years, despite the reputed loss of up to £9million in income for this season.

Relegation of course is not a good thing, and was the cause of Ipswich’s problems in the first place, the timing of which coincided with and was compounded by the collapse of ITV Digital. The leagues are littered with clubs who dropped through the relegation trapdoor, hoping to bounce straight back up, but for various reasons it did not quite happen. Sunderland are now in their second season in League 1, with their second manager. With more than a quarter of the season gone, automatic promotion is already looking a distant hope for the Black Cats. Sheffield United and Norwich both showed that rebooting in a lower tier can force a side to clear the dead wood, get a good, solid team that plays together, and get the crowd behind them once more. Momentum in football is massive, whether it’s pulling you up or dragging you down. A group of players who are winning games and have won promotion is a completely different proposition than ones who aren’t, even if on paper they do not match up.

Again, relegation is not a good thing. But with the right mindset and the right approach, just like it can be with players, sometimes a step backwards or down can be used as a catalyst and be turned into a very positive thing. Ipswich Town, its fans and everyone associated with the club will be hoping that they will be looking back at what happened last season in years to come, and will be saying exactly the same thing.