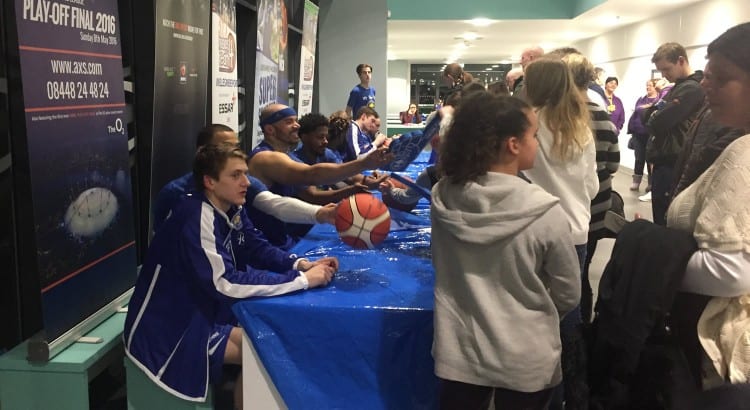 We’re fast to praise social media as being brilliant for fan engagement – but nothing beats a traditional signing session.

Cheshire Phoenix, a professional club in the British Basketball League, arrange a signing session for after each match.

Many basketball clubs allow people on to the court after the game, but it can become a little disorientated and daunting for younger fans to get to the players they want.

It also makes things a nightmare for the arena staff to get stuff put away, particularly on multi-use courts.

So after each game, the Phoenix players take a seat on a long bench behind a table, that enables fans to queue up and have whatever they want signed, get photos and have a chat with their idols.

Sure, this wouldn’t happen in football due to its nature, but it’s great to see a club still engaging with their fans in the traditional way.