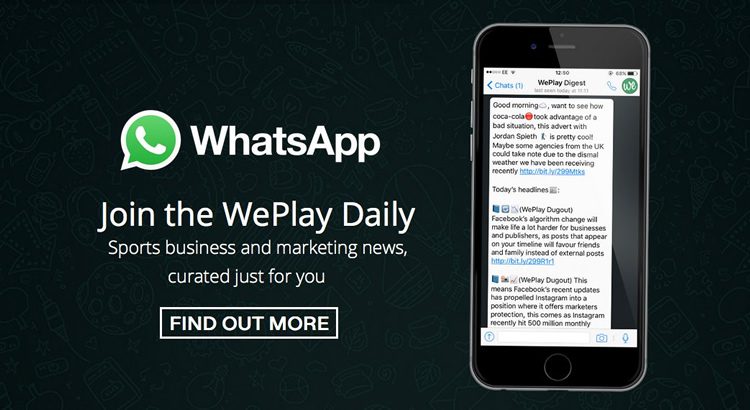 Social media has transformed the way we consume sports news and now, ever increasingly, sports action through videos and streaming.

The use of smartphones has had a major impact on how sports content is delivered and publishers must keep evolving to maintain and grow their channels.

There isn’t necessarily the same level of brand loyalty with online publications in contrast to their printed predecessors or equivalents, partly due to the fact there are so many different outlets out there.

But that doesn’t mean that sites, such as Love Rugby League, shouldn’t work hard to try and build that loyalty.

One tool that sites are starting to pick up on is WhatsApp, and specifically using Broadcast Lists to distribute content.

Put simply, readers can add the publication as a contact on WhatsApp, and they will then receive content and updates to their phone.

In my opinion, it is effectively an evolution of the “push notification” that came when everyone started developing and running their own Mobile Apps for publications, something which is becoming less and less necessary due to the move towards mobile-first development of websites over the past five years or so.

One of my favourite publications on WhatsApp is WePlay, who send a run through of digital sports content in to my inbox at roughly 11am each weekday – read more about how the WePlay Daily works.

Find out what WePlay are up to as well as the latest trends and stories in digital marketing within the sports sector by signing up to the #WePlayDaily WhatsApp Channel! Here's how to sign up: pic.twitter.com/3af2pCxgP8

It means that if there’s something I’ve missed on social media, they’re reaching me in the inbox on my phone in the same place that I’ll be using to communicate with friends and family.

Given WhatsApp has 1.5 billion users and sees 60 billion messages sent per day, it’s certainly a space that people wanting to point their content to should be in.

You have control over what you subscribe to, meaning you should never be flooded with non-personal content, though WhatsApp of course has its own challenges in how they can monetise the platform, something which is surely on agenda since its acquisition by Facebook.

From a brand point of view, having a user subscribe to your WhatsApp updates shows their loyalty to your brand, and there will surely be learnings that can be made from the numbers you can grow.

For a chance to win £50 each week, get involved below…#Perfect10

The Sportsman have gone down the road of incentivising their WhatsApp sign-up process, which isn’t a bad idea, especially as its presence as a distribution platform is still relatively fresh.

It will be interesting to see whether publications see this as a genuine way to increase their advertising revenue directly (e.g. by pushing betting links through messages), or whether they will simply use it as a way to push traffic to their sites.

Either way, it will hopefully prove a good way for genuine brands to build their brand loyalty, rather than being lost amongst the noise of the viral content chasers and pasters.