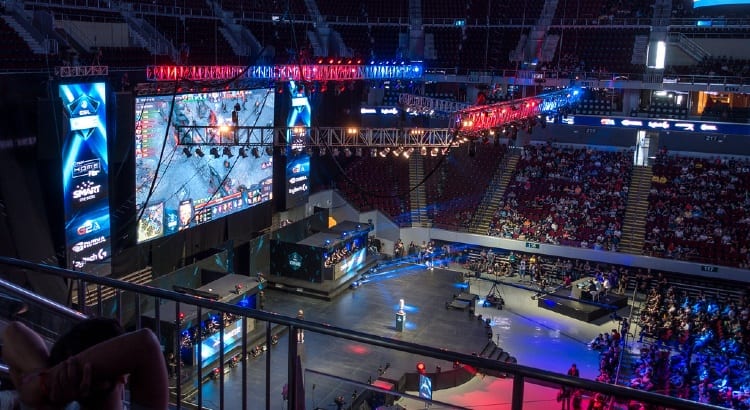 eSports has seen absolutely massive growth over the years, but some events have set ground-breaking records and certainly stand out from the hundreds of eSports tournament hosted around the world each year.

While events that focus exclusively on League of Legends have set most of the records in the past, other events that host series of competitions for a handful of games have been surpassing those records, especially recent events hosted by Intel. This goes to show that there is room in eSports for games of all genres, from real-time strategy and MOBA games, to first-person shooters, car and racing games, and sports games like FIFA.

To start the list, this League of Legends World Champion 2015 was hosted in Paris, London, Brussels, and Berlin. It had a live attendance of 43,000 total individuals, but the online viewership was around 36,000,000 unique viewers. Finally, there was a $2,130,000 USD prize pool.

This event marked a significant point in the growth of eSports, and while the numbers listed here have since been surpassed, you’ll see that it has mainly been League of Legends championships that broke the records shown here.

The entire championship was held throughout October 2015, with 16 teams participating for the massive prize pool. The various stadiums used for the events were:

The final match of the championship was watched by 14,000,000 viewers.

This championship event was held in the United States between September 29 to October 29, and toured coast-to-coast. The prize pool was an astonishing $5,070,000, with the standard 16 teams competing for glory.

The events were held in the following stadiums:

Peak concurrent viewership was around 14,700,000 across all online platforms, with Twitch peaking out at around 971,092 views.

The event was located in Katowice, Poland, and had a live attendance of 173,000 people, in the Spodek Arena. Total online viewers was 46,000,000, and the prize pool was only $250,000, which is quite small compared to the League of Legends championships in this list, but perhaps the variety of games and new technology showcased by Intel during the event helped bolster the attendance and viewership.

12 teams participated in the event, on two separate weekends. February 25 – 26, and March 3 – 5. The people in live attendance were not the only ones who got to enjoy the spectacular light shows and technology reveals from Intel, as those side-events were broadcast as well.

Similar to the previous event on this list, ESL One 2019 was hosted in Katowice, Poland, and was a joint partnership between major esports company ESL, and Intel.

Hosted in March 2019, this event saw astounding record-breaking attendance and online viewership numbers, with 174,000 fans attending the events and surrounding expo, with an accumulated 232 million viewers on streaming channels. Peak online view for a single day was 20 million, with the event being broadcast worldwide in 21 languages, across linear and digital partners.

The main games hosted were CS:GO, DOTA 2, Fortnite, StarCraft II, along with several, smaller competitions for other games. Over $2.5 million USD was awarded in prize money to various teams.