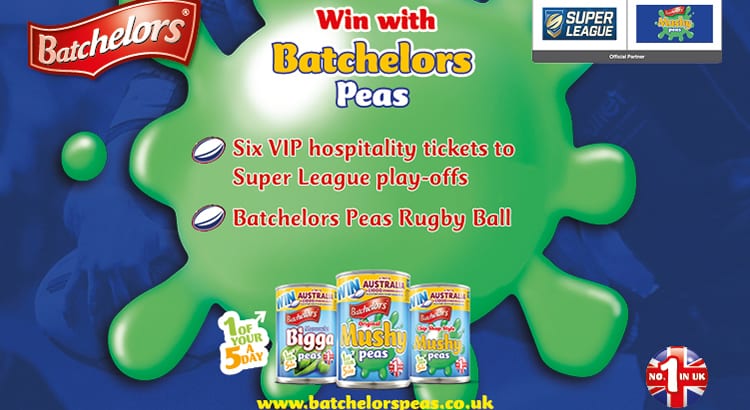 An official sponsor of rugby league, Batchelors reached out to Love Rugby League earlier in 2017 to further activate its sponsorship.

The campaign centered around a run of 10 competition giveaways on site which not only gave fantastic prizes to fans, including VIP hospitality for the Challenge Cup final at Wembley, but helped raise brand awareness for Batchelors.

This will now be added to our growing case studies page.

Over the years, JDG has executed successful campaigns for Foxy Bingo, Kingstone Press, Betfred, Gatorade and many more via Love Rugby League.

If you’re interested in finding out more, get in touch.