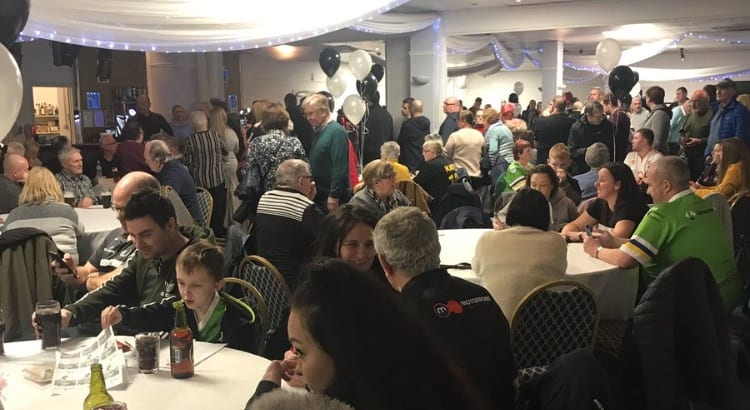 It’s now two years since the worst, yet in many ways most rewarding, story of my journalism career.

The club I had followed religiously for 20 years was placed in administration and faced the real threat of liquidation, and I had a front row seat as both a fan and a journalist.

Having worked for myself for much of my career, this was a time I felt I had a real responsibility to lead the questioning and get to the bottom of the story; with perhaps more knowledge than anybody else of the situation.

Growing up dreaming of becoming a sports journalist, I didn’t expect to be covering my own club entering administration. pic.twitter.com/67BxYrFw5I

At the press conference, called to announce the club’s entry to administration, I asked the first 10 questions as the gravity of the situation became quite apparent.

Leading up to it

The seeds had been sewn months earlier, when weeks after the club’s relegation from Super League, controversial chief executive James Rule revealed he would leave in the New Year, while chairman Steve O’Connor re-iterated his openness to selling the club, which Rule still retained shares in.

The five directors had effectively made their shares available for free, though clearly there were some debts and liabilities in the way.

A freedom of interest request submitted by myself to Halton Borough Council, revealed that Widnes Sport Ltd owed the council £386,000.

One interested party was Luke Backhouse, with potentially some involvement from ex-Salford owner Dr Marwan Koukash, and I spoke to him for a podcast.

Widnes managed to start the season, and were among the favourites for the Championship behind Toronto, even with Anthony Gelling in their line-up, after a brief period where it didn’t look like he would complete the move following the drop down a division.

There had already been a move to re-ignite “Trust in Widnes”, the supporters trust run under the umbrella of Supporters Direct by the late Liz Hindley, showing the magnitude of the situation. A meeting in mid-January sought to clarify some previous inaccuracies regarding the Trust’s relationship with the club.

It proved to be a dramatic month, with talks of a takeover being close and then seemingly collapsing.

On the pitch, a home win over Halifax and a tremendous win against adversity away at Toulouse with an impending sense of doom proved to be the last high before things really fell apart.

The cloud over the club has been well and truly lifted. https://t.co/r3dIqWigS4

The true scale of mismanagement at Widnes starting to unravel – am told that previous kit suppliers O’Neills are still owed almost 200k; Xblades have agreed to write off a sizeable figure from this season but will take the revenue from any merchandise sales until it’s covered.

I even had someone close to the directors at the club try to claim that the council was lying about the debt mentioned in the freedom of information request earlier (their tweets have since been deleted).

Why would the council lie in a freedom of information request, which could open them to legal challenge? I know the council have been trying their best to help, as that's what they told me also.

And then came the biggest of blows, as the game against Sheffield was postponed – with the club unable to ensure insurance payments could be made to cover players in the event of injury.

On the Friday (February 22nd) of the same week, came the press conference.

Widnes in administration; club could cease to exist

Probably far too much to put in this article, but will try my best! Looking back at my tweets, there was a phenomenal amount of engagement from Widnes fans.

Just leaving Widnes ground now. Spent some time talking to people I have previously worked with and consider as friends, shame for them to have to go through this because of the greed and incompetence of others.

Focus immediately turned to fundraising, to prevent the club being liquidated – albeit amidst a backdrop of understandable anger and people demanding answers to questions regarding the owners, which have never been answered still to this day.

There was a very real prospect of the club folding in February 2019, and then hope a phoenix club rising from the ashes in 2020.

Local news reported a figure of £250,000 to save the club from liquidation, though that wasn’t verified in the press conference, while other teams began to show interest in players; with administrators out to sell assets to try and pay debts (and of course, their own substantial fees).

Editor’s Column: Widnes fans rally round the club in fight for its future

There’s far too much to mention, but I have to say that I really appreciated some of the feedback my coverage was getting and it has stuck with me to this day. This was the first time I think I ever felt that my work was needed and truly appreciated as a service.

This comment came after I appeared on BBC Radio Manchester to discuss the ongoing situation.

To be fair Jack, you only have to watch James YouTube show to see he should be a regular on RL shows. Fan first, expert second, professional always. His coverage of the whole Widnes mess has been exemplary.

Well done James,I have been thinking for a while now,that you should be the person to sit on any new board,as the supporters representative.Your knowledge, contacts, experience, honesty, journalistic & media skills, make you the best candidate by far. Would you be interested?

And so came a busy weekend. The Sunday the club was due to be playing Sheffield, I was at the stadium, helping out in the club offices on fundraising activity, on the afternoon that Matt Taylor, just an ordinary fan of the club, walked in and pledged an incredible £10,000 to the rescue efforts.

The stadium was a hive of activity, with lots of people chipping in to help and countless more nipping in to drop off cash donations, money they had raised or items for auction.

Dave Rolt passionately and emotionally addressing the fans, saying they’re as frustrated as the fans; time constraints a real issue; interested consortium are “real people, genuinely care about club” and have stuck with it. #WidnesRL

On the Sunday night, a fans meeting took place at a packed Parklands, which I live tweeted from. Phil Finney and Dave Rolt spoke passionately, emotionally and candidly about the situation, as the clear two figureheads behind saving the club, alongside at this point unknown consortium.

Right, I best go home I suppose. Have raised another £700 to contribute to the fund which I’ll put in when I get back too. I’m two signed shirts better off as well by the looks of things. Top job everyone. Some heroes at that club.

There was still plenty to iron out by Monday (Feb 25th), especially providing clarity over the situation and its cause – which of course, was pretty clear in the mind of many.

– Widnes are in admin because the owners/club ran out of money (apparently not before the directors' took their final salaries though).

– Donations/fundraising being held in separate account away from club; could be used to help support new owners/consortium

And then that night, a fundraising evening held at the Halton Stadium, which I again covered live.

Another night, another Widnes fans get together! Fundraising at the stadium. It’s packed. They’re capping entry at 280, must be nearly full now! pic.twitter.com/URNFBRaa7A

Rolt: “I know the fans have been starved of this, and I apologise.” He thought the club had lost this because of the negativity from recent years. Incredible words. “We haven’t lost that feeling. Proud of our little town.” #WidnesRL

I can’t explain to you how humbling and appreciated these sorts of comments were.

Your representation and communication with the fans has been a credit to you James. Thank you ⚫⚪

Throughout the whole time, I was getting lots of messages from various people – fans, officials, players, other journalists – sometimes passing on info or asking for some. It was a pretty intense time.

So in under a week, Widnes have managed to get almost 1300 fans to commit to a monthly membership amount, which even at a modest average of £10 a month is nearly £160k a year. Quite staggering really. https://t.co/TwGHgrrKKT

A GoFundMe page was set up by Beth Pennington, and that soon became the point where all donations from a variety of auctions and events were put to; and ultimately what saved the club.

It would appear that the consortium were still short of the administrators demands, staff redundancies and now sadly it seems some player exits trying to bridge that gap. Players have been called in individually for meetings now.

This probably isn’t the place to go in to much detail about the goings on at Widnes, but there was a determination to try and at least find some answers to the questions.

Regarding any investigations in to "mismanagement", I've been following up a couple of lines of enquiry regarding pensions and invoice finance, though of course people reluctant to comment on individual cases. May have to wait for administrators' report.

That continued even beyond the rescue from administration, and resulted in countless freedom of information requests (FOIs) to a number of organisations, including local councils and NHS bodies.

Sadly, the trail sent me round in many circles, and even when the information was provided, it was very sparse.

There was hope that the administrators report may offer some insight, but alas it wasn’t to be.

Widnes had debts of £600k when they entered administration

So over a period of three months or so, I spent countless hours writing stories, live tweeting from press conferences and fan events and communicating extensively with numerous people to cover a story about the club I supported going in to administration. Both the best and worst story of my career.

And I’ve probably missed out a load of things I’ve forgotten about in this blog post, but I had it on my list to document and it certainly brought some memories flooding back!

I’ll end this post with the tribute to those that helped save the club.

A lot gets said about players etc, but there are 18 people who have worked tirelessly, unpaid, to save @WidnesRL. Without their dedication and professionalism, the fundraising activity and survival of the club would not have been possible. There should be a tribute to them. pic.twitter.com/GENRtjdi1A