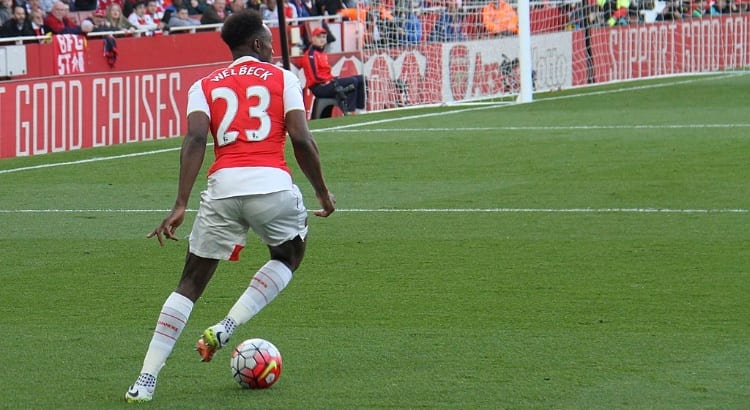 After spending five years with Premier League giants Arsenal, Welbeck completed a move to Watford after running out of contract with the Gunners this summer. A good move if we would take in consideration the opinion of team FootballPredictions.com.

As to what his new club believed, via BBC, the 28-year-old forward was a key figure for Gareth Southgate’s team that reached the semi-final of the 2018 FIFA World Cup ending the tournament with a fourth position.

The Hornets believed Welbeck could be an important player for the club should he become fit.

The 28-year-old striker, who can also be played in the wing position, was only able to manage 14 appearances for the Gunners last season.

His low appearances for the Gunners was due to the ankle injury he succumbed to during an Europa League match against Sporting Lisbon back in November.

Welbeck joined Arsenal in 2014 right after helping Manchester United win the Premier League in 2013 and registering 142 appearances for the club, something experts in premier league predictions didn’t expect to happen.

Danny Welbeck will look forward to reuniting with his former Red devils teammates at the Vicarage Road, like Tom Cleverley and Craig Cathcart.

Speaking to his new club’s website, Welbeck said: “I know some of the boys already and they can’t speak highly enough of the club.

“I used to live in digs with Craig at United and I’ve spoken to Clevz a lot about the club. He said I’d really enjoy it here and thinks it’ll be a great match for me to come here.

“It seems like a great club with the whole surrounding environment. It’s a family-orientated place and that’s something that I value very highly.

“I’ve played against Watford and I like to watch football so I’ve seen them play on TV a lot and I know the team, and I think this is a place where I can really flourish.

“The squad we’ve got here is full of good players and people who I’m really looking forward to playing with and trying to push to that next level.”