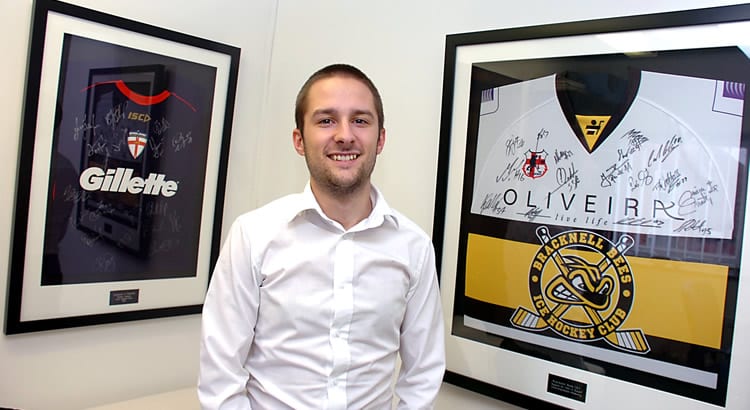 It’s now 10 years since I made the leap to set up JDG Media and that decade is perhaps best defined by two rebrands.

One proved to be extremely successful – the decision to rebrand my rugby league site, Last Tackle, to Love Rugby League which has grown from strength to strength since.

The other, which attempted to rebrand JDG Media, wasn’t a complete failure – but it caused a lot of confusion and in some ways stunted progress; probably a contributory factor to a number of the things I have learned from being in business in that time.

My obsession with branding contributed to the decision to change JDG Media. I didn’t think it was a “good” business name. It almost came about by accident, as the initial reason for me going in to business was to set up a network of sport sites, and while I was waiting for that to come to fruition, I needed a vehicle to do work. Hence JDG Media, which I had already been using as my social handles, was born.

The decision was made to rebrand to Sportbox Media – I thought that this would strike more of a chord with my target market in sport. But ultimately, our success in sport led to us getting non-sport clients and at the point of doing the rebrand, it got to a point where I didn’t want to alienate those people.

Instead, we ended up running the two brands side-by-side, until Sportbox was sold to Tecmark in 2014.

The trouble with this was that it caused confusion as to who we were and what we did; I perhaps underestimated the impact that my work in the first few years of the business had done in terms of spreading the word about who we are, what we did and our successes.

Certainly, if I had my time again, I would have just stuck with JDG Media as it was. Branding is of course massively important – but when you’re offering services, it’s about the people you have and your approach, rather than the name above the door.

Make sure you don’t forget about yourself

There are good times and bad times in business. All of those provide fond memories for me, even bad times.

Running your own business is a lot different to the security of employment. Not only do you have the overheads and risk of a business, you also open yourself up to cashflow problems and a scourge of small businesses – non or late paying clients.

For a long time, I was at the bottom of the list in terms of being paid from the business, which got me in a few holes. I endeavoured to ensure my employees and contractors were paid long before me.

It seems an obvious thing to do. But when you become an employer, your priority shifts to taking care of your responsibilities to them.

That was fine, but eventually it got to a point where I was broken. I remember a time when I was travelling back from a meeting in Leicester and I just thought “what’s the point”.

We had lost a significant client six months earlier – due to our success making them want to appoint an in-house team – and rather than letting go of the staff responsible for that account, I kept them on when the business simply couldn’t afford it. You give it a few months to see if you can replace, but I left this run for far too long and it caused unlimited stress.

It was around that time that I read something – similar to this piece on the Entrepreneur – where it said “put yourself first”. I had to make some decisive and drastic action to improve my situation.

Things don’t have to be perfect

The number of ideas I’ve had that I’ve sat on because I’ve been waiting for the perfect time to do them, or to make sure I have enough time or money to make them perfect, doesn’t bear thinking about.

The brilliant Derek Sivers has this down to a tee – ideas are just a multiplier of execution.

In some ways, my previous branding exercise was that strive for perfection. I didn’t think JDG was perfect. But JDG was doing OK, because the execution was good, regardless of the name/idea.

It’s not just ideas too. Pieces of content, website work, social media posts. Instead of just doing them, you procrastinate and wait until you can make them as perfect as possible.

Perfection doesn’t exist. Just do it.

You have to keep showing up. People come and go so often. Longevity and consistency builds trust and authority.

It’s humbling to have reached 10 years, because I believe I can point to that and say “we’ll be here in another 10 years too” which provides assurance to existing and prospective clients.

Employees come and go. Sometimes your choice, sometimes theirs. Keeping in touch with people when they’ve left is something I value. It’s great to hear of people, who become friends as well as employees when you run a small business, doing well and setting their own paths.

Maybe one day, I’ll re-hire someone!

The same goes with clients and potential clients. I’ve had instances where I’ve met people, done a little bit of work with them, not heard from them for years, and then they pop up wanting to work with you again. It’s great.

Another tip too – don’t change your phone number! Some time last year, I received a call from an old chap who had an engineering firm that ran out of the office next door to our very first office.

He had kept my business card since that date, and rang me some eight years later for help with his website.

Had I changed number, he may well have just moved on to somebody else.

What advice would you give to someone in business?