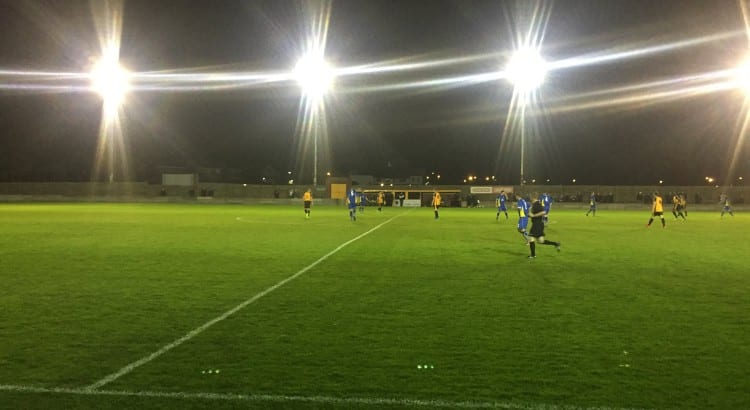 Ossett Albion’s ground is hidden away within a housing estate and is situated next door to a cricket club.

There is a narrow road in to the club, which then has two large car parks for both the football and cricket club.

Walking down to the ground is a little bit of an experience on night matches, given the lack of lighting, and you go in through a single turnstile.

The best part of the ground is the little cafe, situated to the right of the turnstile, which was funded by the club’s supporters. It serves chips, burgers and the like in a real mini-cafe feel.

There is a seated stand on the far side and a covered terrace behind each of the goals. There is standing room behind the two dugouts. You certainly get a good view of the action and the seated stand has you quite close to the pitch too.

A club shop is situated behind the goal as well as a raised commentary platform, from which a couple of older blokes had a right old pop at the home side’s substitutes for hitting the ball over the cross bar in practice and disturbing them and their half time cup of tea.

The pitch can get a little boggy in the middle of winter, and it’s certainly a surface you’d prefer to play on as early in the season as possible.

There are certainly worse grounds at the level Albion play at, tier eight, and they would certainly be able to play a couple of divisions above – though they were denied promotion at the turn of Millennium due to the inadequate size of their changing rooms!