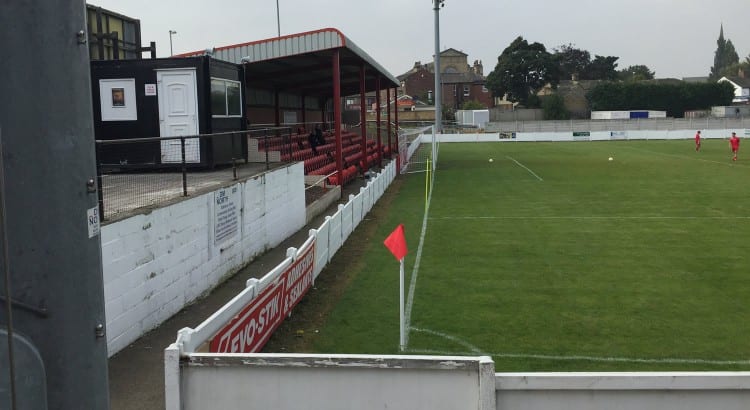 It is perhaps bizarre that in a town with a population of little over 20,000 that there are two fairly credible non-league grounds within half a mile of each.

That’s the case in Ossett, where Town’s home at Ingfield is situated within half a mile of that of Ossett Albion, who play at Dimple Wells Road.

Ingfield is better situated, close to a crossroads and opposite the town’s bus station.

The main stand, behind one of the goals, sits alongside the main road and is a concrete stand structure that most at this level would be envious of. All seated, although a few of the seats have been the victims of some wayward shots in their time.

There’s plenty of space around the ground, with a bar and an office, as well as various mobile huts for hospitality and a small press box.

A nice vantage point is close to the press box, to the near side of the main stand just as you come in through the turnstile (also off the main road).

There’s a covered stand towards the bottom of the ground, attached to the changing room building, with the remainder of the ground just standard uncovered terracing.

The welcome in the boardroom is always pleasant and the choice of food available in the refreshments stall is great – including a smashing bacon sandwich on my last visit.

Not sure whether this as a result of the small town having two teams, but Town didn’t appear to have a club shop per se where stuff was easily purchasable. I did manage to get a badge, but only after asking a few people to open up the office.