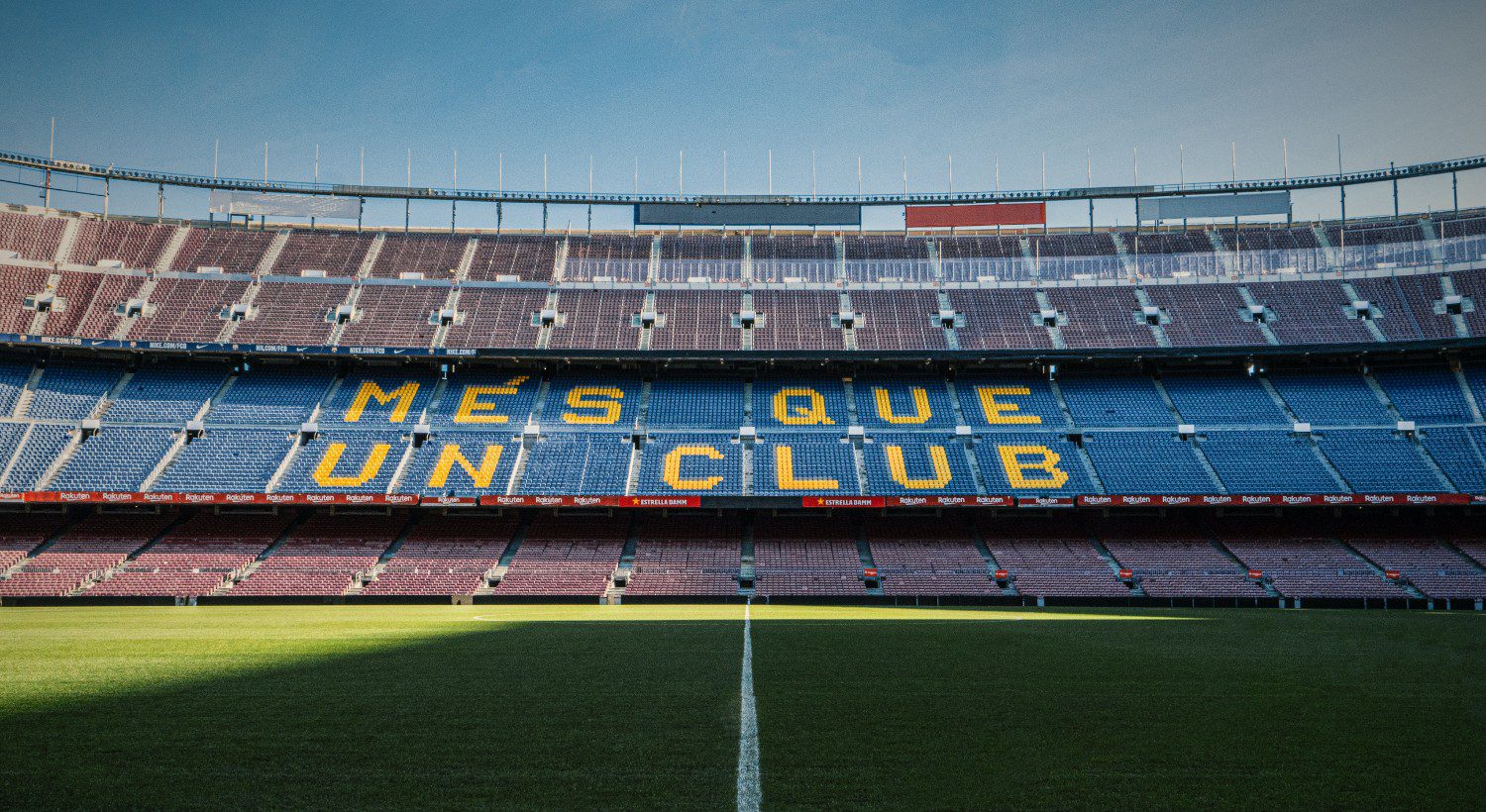 Watching FC Barcelona play live at Camp Nou is on the bucket list of many football fans.

The 90,000-plus capacity stadium is a Mecca of sorts for football fans. It doesn’t even matter if they do not support Barcelona.

With the 2022/2023 La Liga Season already begun, football fans from different parts of the world are already planning to see Barcelona play live at Camp Nou. Suppose you are in that category and you have been finding it hard to get FC Barcelona tickets. In that case, you are probably not looking in the right direction.

Many football fans describe the experience of watching Barcelona play live as surreal. Although the magical touch of Lionel Messi is no longer available to watch live at the Camp Nou, Barcelona has signed some of the top talents across Europe who will continue to deliver exceptional football performances to the delight of fans.

What you should do to see Barcelona Play Live

Barcelona has so far signed Raphinha, Robert Lewandowski, Andreas Christensen, Franck Kessie, and Jules Kounde this season. Xavi is working closely with Joseph Laporta to rebuild the squad and bring back the glory days of FC Barcelona.

While Barcelona is going through this vital rebuild phase, the club needs all the support it can get from fans coming to fill up the stadium during games. Barcelona’s finances have been hit hard in recent times. However, the club has still managed to pull off these signings to satisfy the fans and give the club a chance to compete at the highest levels in Spain and Europe.

With the new season starting, there is a high demand for Barcelona season and match day tickets. Many fans planning to see Barcelona play for the first time are confused about the right way to get the tickets.

Hellotickets and other verified accredited agents are helping Barcelona to prevent cases of scams and other fraudulent activities when it comes to ticket sales. It also helps not to expend resources on ticketing. And their partners also earn some money from helping the club sell tickets.

The Best Times to See Barcelona in the new Season

FC Barcelona’s season will be a challenging one. First, the club is currently enmeshed in some financial challenges. Still, the club has managed to bring in important new signings and tied important players to new contracts.

A financial crisis is bad for football teams. However, in Barcelona’s case, the club is weathering the storm nicely and is doing everything possible to turn the situation around. With the new additions, Barcelona now has more chances of competing in the UEFA Champions League, the La Liga, and the Spanish Copa del Rey.

Knowing that Barcelona will be competitive this season, the best times to watch Barcelona play include:

This will be Barcelona’s chance to show intent and determination for the new season. The club cannot do this without fans filling up Camp Nou. Watching the team play and drumming support from the stands will help their performance on the pitch.

Barcelona’s biggest rivals, Real Madrid, have enjoyed good fortunes recently. Barcelona has to take the fight to them headlong, and the best opportunity to reclaim the bragging rights over Real Madrid is during the El Classico games. Real Madrid knows they have the upper hand going into El Classico fixtures for the new season.

Many fans plan their visits to Camp Nou around the last four weeks of the season. These are usually crucial periods in the club’s season, and the club needs the rallying support of their fans in the stadium to help them finish on a high.

Suppose you are interested in seeing FC Barcelona play live. In that case, you should first look for accredited ticket sales agents who are the club’s official partners. Buying your tickets from an accredited partner of FC Barcelona will guarantee good value for your money while preventing you from falling prey to fraudulent practices.