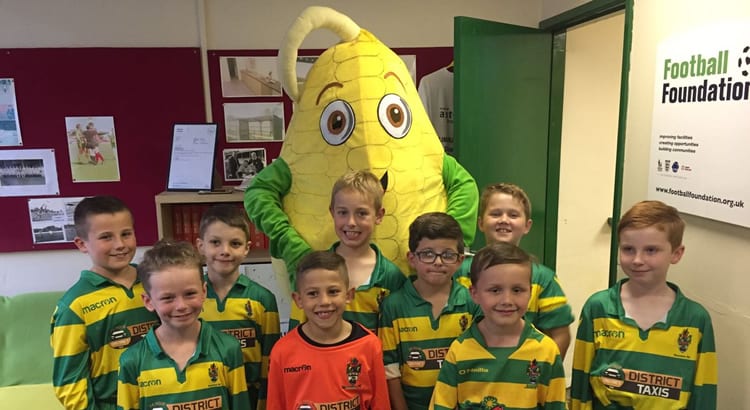 A look at a few things in the world of sport and marketing that caught my eye this week.

?‍?‍?‍? | Our new-look Family Stand is up and running!

Take a look for yourself… pic.twitter.com/pVbsQMESuU

I’ve known Sarah via Twitter for a couple of years, and she is really passionate about fan engagement and has done a great job at first Oxford United and now Notts County. The sort of marketing and fan engagement elements that she implements are often not noted by those at the top, or by anyone on a balance sheet, but their absence is noted as has been the case with Oxford since her departure.

In the modern age with so many alternative entertainment options for kids and families alike, clubs need to do more to engage with them. It’s no longer a case that people will just turn up.

The video above gives a great behind the scenes look and explanation of their latest project – I’d have gone with black and white walls though!

You can of course back Notts County and bet with William Hill online, top UK bookmaker ahead of this weekend’s games.

Sponsorship is vitally important, but really?

First of all, Sheffield Arena is my favourite place to watch hockey in the UK.

However, I was slightly taken aback when I saw a photo of the ice prior to the pre-season game against Manchester.

Great performance by @AsSmithy35 in his debut for @Mcr_Storm in front of a huge crowd. We are sooo proud of him & pumped for the season! pic.twitter.com/Ly2F661DIc

It’s great that so many companies want to get involved with sponsorship, but surely there’s better ways than this?!

Community sport is so important, and there are often battles with funding.

A very good friend of mine, Al Roskell, is aiming to raise £6,000 for Stockbridge Amateur Boxing Club in Liverpool by taking on a phenomenal 12 stone weight loss challenge.

“12 stone represents 12 rounds each being a milestone on my personal journey which will continue further to this being complete. Volunteers give up their time to coach children and adults alike 3 nights a week at different times at the Stockbridge village gym. Stocky A.B.C. makes a vital contribution to keeping young and older people fit and teaching fantastic discipline in a safe environment. Many young children and adults have gone on to great things further to attendance at the club. Including Rocky Fielding who is the current WBA inter Continental super middleweight champion as well as a former Commonwealth and English super middleweight champion. Costs are kept low for members as this gives an opportunity for everyone to partake in this great sport.”

Is there a better name for a mascot in sport anywhere?

Ron Corn with the mascots from the Under 9’s team. ????? pic.twitter.com/0AYPKX3SLy

One thought to “JDG Sport Shorts #3”