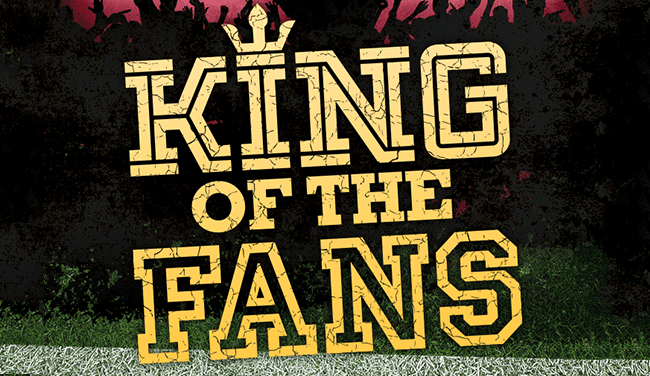 We have worked with Kingstone Press throughout the season, running their Championing the Championships campaign through www.loverugbyleague.com, and James joined representatives from the company and the RFL’s Rob Singleton to sift through all the entries.

Winners for each of the 23 clubs were chosen, and then an “Ultimate King of the Fans” was named, with all winners invited to parade their club’s flag at the Championships Grand Finals day at Leigh Sports Village on September 30.

Kingstone Press Cider Managing Director, Gordon Johncox, said: “We were overwhelmed with the response to the competition which has shown the passion and commitment the fans have for their clubs. It has been a perfect way to celebrate the Championships and importantly reward those loyal fans who come out week after week to support their clubs. We look forward to welcoming all fans from across the sport to Championships Finals Day and crowning the winners.”

Sue has not missed a Keighley game for the last 27 years and is a piece of the Furniture at all Cougars games normally found sat in the main stand wearing her trademark red white n green beanie hat.