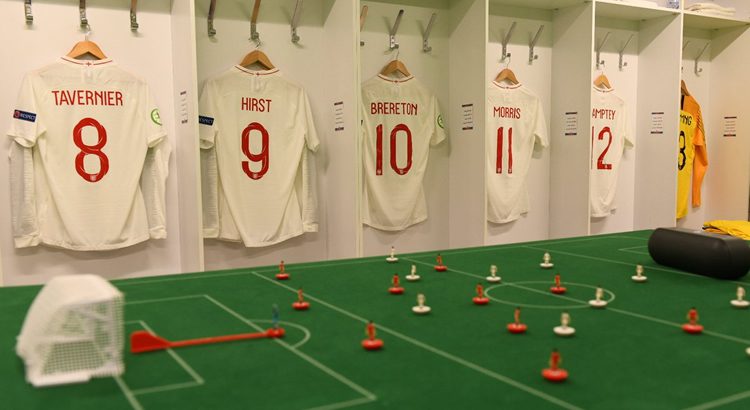 A new project, mainly of love, sees me contributing blogs for a new site, Subbuteo Online.

Run by Stephen Hurrell – who interviewed me some seven years ago when the JDG business first started for Football Editorial – its aim is to help keep Subbuteo alive by providing regular content.

That’s led to some fascinating conversations with various people, some of which haven’t been published on the blog yet, and maybe one day, you’ll be able to bet on Subbuteo just like you can with www.horsebetting.com.

Though I barely played Subbuteo growing up, seemingly due to a frustration of my dad with the game that I’ve never quite got to the bottom of, I fell in love with the game almost by accident more than a decade ago when my work in rugby league saw me uncover Subbuteo Rugby.

That introduced me to Paul Lloyd, a painter of Subbuteo teams, and the Subbuteo Rugby website was born (now defunct, but I must really bring it back) as a client of my web business.

He painted a range of rugby league teams for me over a few years, while an addiction to eBay also helped a collection to blossom.

The return of the Subbuteo brand thanks to Paul Lamond Games and the La Leggenda series meant that collecting modern day football teams was possible, and that’s how my collection started.

A permanent Subbuteo table was set up in my old flat, and we now currently have an unused Subbuteo table in the office which will hopefully see the light of day again when an upcoming move to a bigger office space happens.

Like Stephen, I think there’s a real market for this retro-type content, as people look for things of enjoyment away from the phone, tablet or computer screen.

All I can say, is watch this space.

Creating content and coming up with the ideas for the site has been fun, and I have included links to some of the content that I have produced so far.

Some eight years ago, when first getting involved with Subbuteo Rugby, I was interviewed by the BBC for a piece they were producing asking the question how Subbuteo has survived the FIFA age.

My own personal frustrations formed my first blog on the site, titled frustrations of a modern day Subbuteo collector, while I also ask whether the internet has spoiled the beauty of collecting Subbuteo.

The biggest feature was looking at how close Sky Sports got to showing live Subbuteo action, which included an interview I did with the now defunct Professional Table Soccer Association, when it had big ambitions to create a Premier League darts style series of events.

And with Christmas coming up, six random Subbuteo gifts!

Share your Subbuteo stories and memories in the comments below.