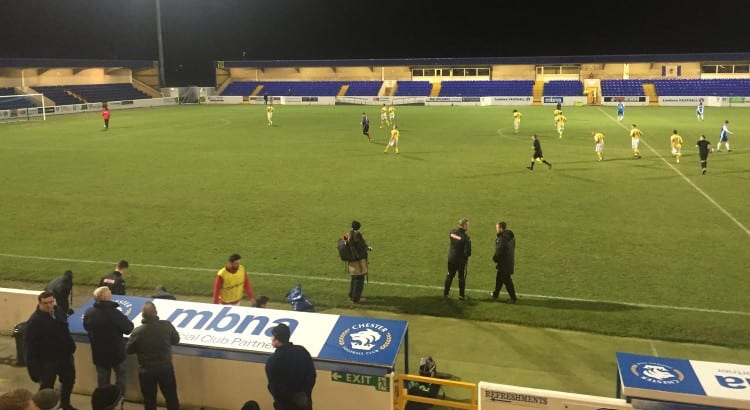 A gulf of three leagues in the football pyramid proved too much for Warrington Town as they bowed out of the Cheshire Senior Cup with a 4-0 defeat at Chester.

The National League side, who played their first game as a reformed club against Town back in August 2010, booked a semi-final date against Tranmere with a routine victory.

On loan striker Nyal Bell, making his first Chester appearance since his arrival from Football League outfit Rochdale, scored one in each half to send Warrington to their first defeat since the Doodson Sport Cup reverse at Ramsbottom on December 1.