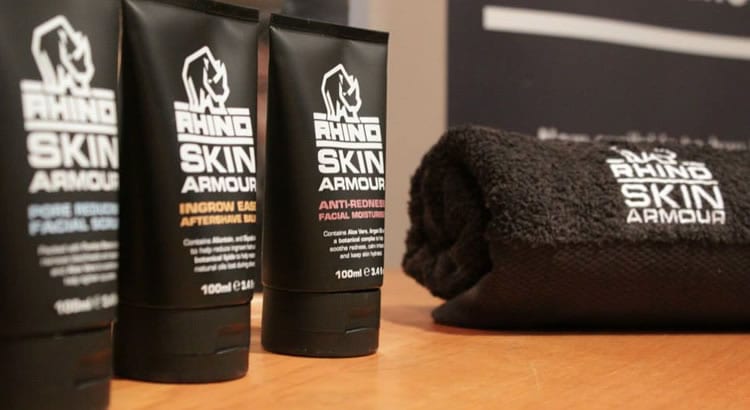 Rhino Skin Armour delivered a treat to players at London Irish and Gloucester rugby clubs following the end of Movember.

As with all the Aviva Premiership clubs, the players had been growing their facial hair for the annual Movember charity effort, which raises money for mens health.

To cap off the fundraising, we organised a pamper day, including wet shaves, haircuts, massages and manicures, featuring Rhino Skin Armour products, and assistance from local beauty students and hairdressers.

The event formed part of the digital activation campaign we are running to raise awareness of the Rhino Skin Armour brand.