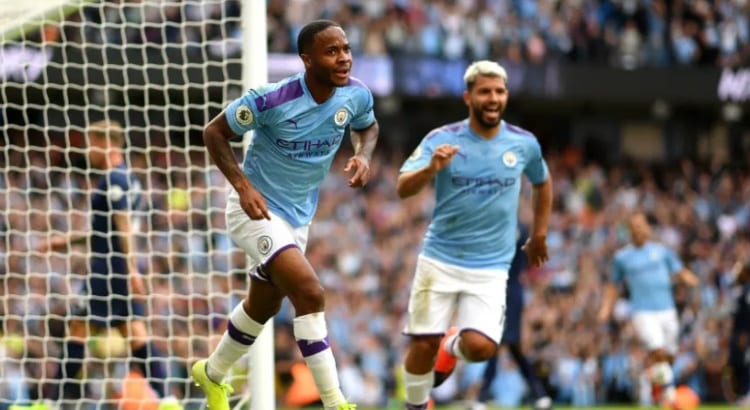 Could Connor McGregor’s latest misdemeanour have wider implications for his global marketing appeal? How are sports clubs satisfying supporters’ social content cravings? Here’s a round-up of some of the exciting things happening in the industry right now…

Teams may only play once or twice a week, but the message from the modern fan base is clear – we want to engage with our club 24/7.

The rise of technology and global media coverage of football has shaken up the way clubs market themselves to fans, with many clubs now employing an ever-growing team of content creators. Premier League Champions Manchester City employ a team of producers and editors that create bespoke content for each of the 12 languages it publishes in. In addition, they recently launched Manchester City TV, while All or Nothing – a multi-episode Amazon Prime Video documentary series following the side – also aired.

Nuria Tarré, chief marketing officer at City Football Group (owner of Premier League champions Manchester City), told The Drum: “We have a fanbase who want to engage with the club they love all year round.

“One of the benefits to our global reach is having the ability to share brilliant moments, captured behind the scenes by our cameras, almost instantly on our platforms… winning moments, defeats, getting to know the players’ personalities and how the team interacts off the pitch.”

It’s clear that more clubs are having to up their game when it comes to social content. A 21st century fan wants new ways of interacting with their club, meaning social media importance will continue to grow at a rapid rate of knots.

MLB’s ‘Field of Dreams’ marketing a stroke of genius

Creating immersive experiences that put fans into the action or create an intimacy that cannot be replicated elsewhere is something that isn’t capitalised on in an era where ticket sales and revenue are paramount.

Earlier this month, Major League Baseball announced that a year from now, a ‘Field of Dreams’ game will be played between the New York Yankees and Chicago White Sox on a farm site in Iowa, the location of which was immortalised in a 1989 Kevin Costner.

Demand for tickets has been high, as expected. This concept is a perfect marketing tool, showcasing creativity and helping the MLB tap into audiences that are not necessarily wholeheartedly engaged with the sport itself.

The impact of taking a big event like this into the heartlands of the USA show a deep desire to connect more closely with the most passionate of fans. This event will undoubtedly be a success, and it is extremely refreshing to see MLB thinking outside of the box.

How quickly can a sportsman’s marketing appeal waiver?

One of the world’s leading sports marketing experts has warned that Conor McGregor’s latest controversy could have serious ramifications on his marketing appeal.

The mixed martial arts fighter again found himself in the headlines for the wrong reasons after video footage emerged of him involved in an altercation with a elderly man in a Dublin pub.

Now, marketing guru Kim Skildrum-Reid warned that the succession of controversies involving McGregor could reduce his commercial lifespan, admitting that fewer companies would be willing to associate themselves with him.

“With his repeated run-ins with the law, all along a similar vein, his brand is turning from fearsome competitor in a violent sport’ to violent, entitled bully,” he told the Irish Independent.

“Some very edgy sponsors may be able to wear that, but he’s been getting in the neighbourhood of $7m a year from Reebok, Beats, Burger King, and Budweiser. There’s a huge chunk of their marketplaces that would view continued sponsorship of someone who is making it a habit of violent outbursts against the public.

“With toxic masculinity so much at the forefront with consumers, and major corporations undertaking huge staff training programmes to stem inappropriate behaviour, continuing to sponsor someone who appears not to be able to control his violent impulses is both a marketing and management minefield that few companies would have the stomach to risk.”