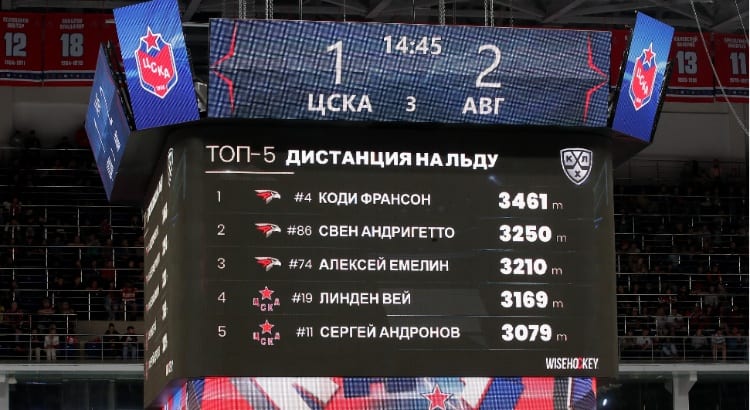 On Sunday, September 1, the 12th KHL season got underway. And one of the highlights of the coming campaign promises to be the availability of unparalleled new statistical data about every game, thanks to the installation of sporting telematics in every arena used by the league. The KHL is the first league in the world to use this exciting technology.

Every game of the 2019/20 KHL season will feature smart pucks and chips on the players’ jerseys. These will provide more advanced data than ever before on players, teams and puck speed – delivering it all in real time for fans, coaches and broadcasters to see.

“This technology can be used by anyone who is interested in the results, from TV companies and websites to scouts and bookmakers. The coaching staff of our teams will also be able to access the information. The world of sport is embracing AI technologies and this solution offers advanced stats and analytics which can help coaches make the right decisions during every game.”

From the opening game of the season, the new stats have been displayed on the media cubes at all the clubs in KHL. There is potential to bring partners on board to help monetize the system.

In addition, mobile app users can access more information about every game, and the performance of all the players, in real time.

“In any given game, we have a new range of stats based around the distance travelled on the ice. There’s a summary for each team, and a player-by-player break down. We can show the fastest speeds and the time on the ice. This information can be made available for a specific game, or for the whole season. As more games are played, more metrics can be added and visualized. 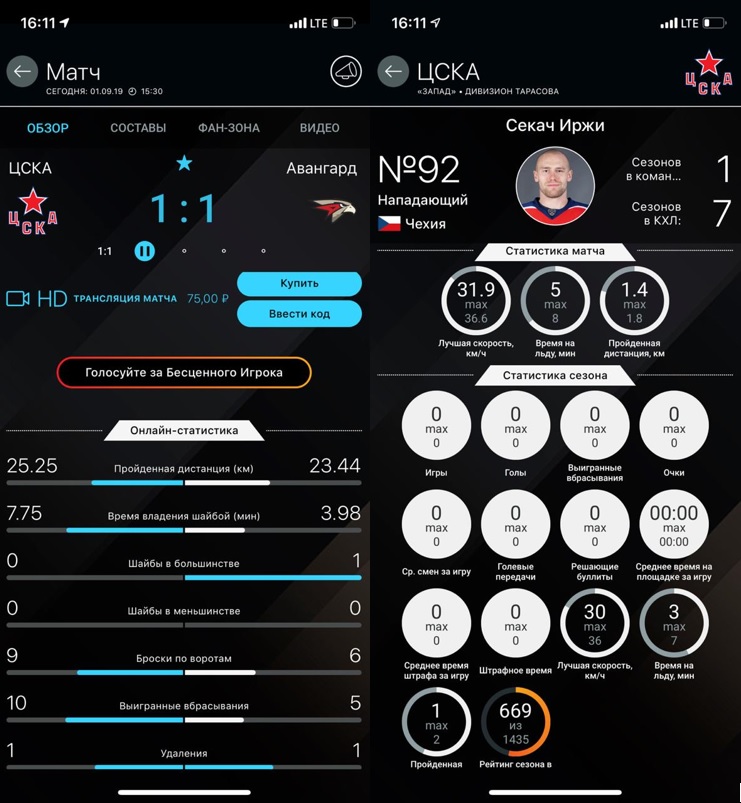 The main audience is our fans. They will be able to see all of this in-depth analysis via the website, via the app and on our KHL-TV channel. And it all happens in real time, with no waiting to gather and collate information. During the games, the coaching staff will be able to access a special package giving them all this information.”

As well as compiling raw data, the system can answer more complex queries and provide a scientific indicator of momentum of each team, highlighting which one has the advantage at any particular time. Momentum is calculated based on puck possession in different areas of the ice, and the number of shots from each team. 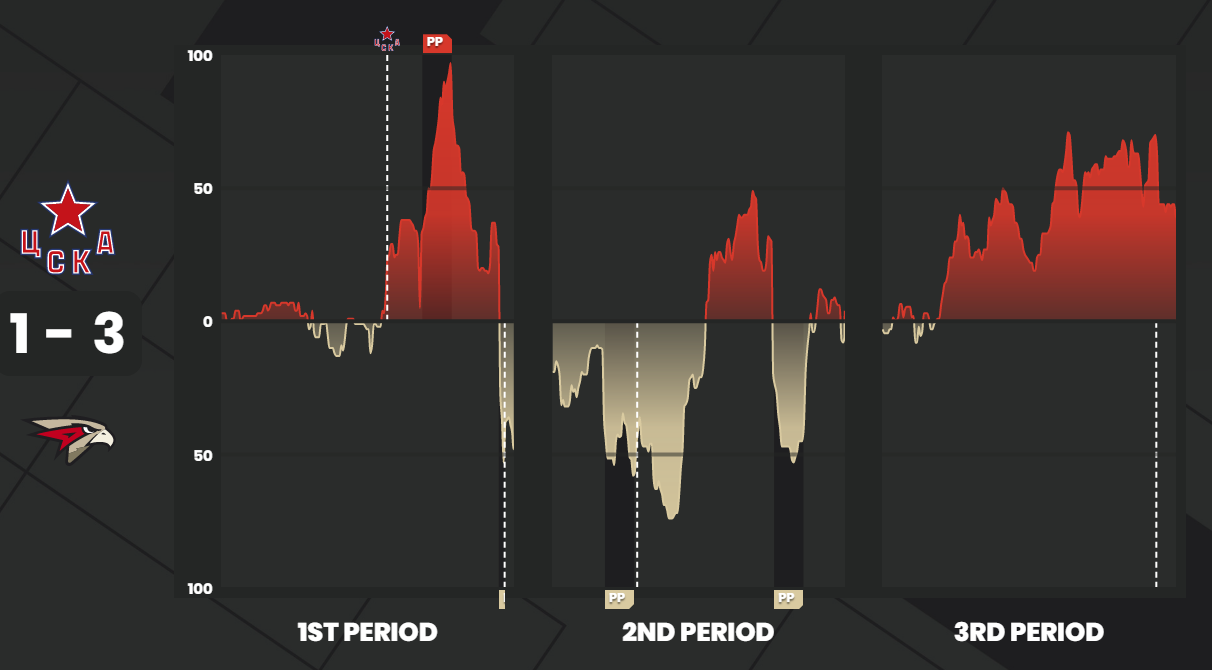 In Sunday’s opening game, the stats showed that CSKA had a significant advantage: more time with the puck, more face-offs won and  more distance covered on the ice.

Another feature of the system is its statistics about offense. They can show how often and from where on the ice the teams started moving towards the opposition net. They also indicate the effectiveness of each attack, and record where attacks were halted by the opposing team.

Individual player stats now feature additional data, such as pass completion rates, how often the player generated traffic in front of the net and how far they travelled with the puck during the game.

The team heat maps offer further insight by showing the areas that saw the most frequent battles for the puck. We can see that in the Opening Cup, apart from the face-off circles, the action was most intense around the Avangard net. 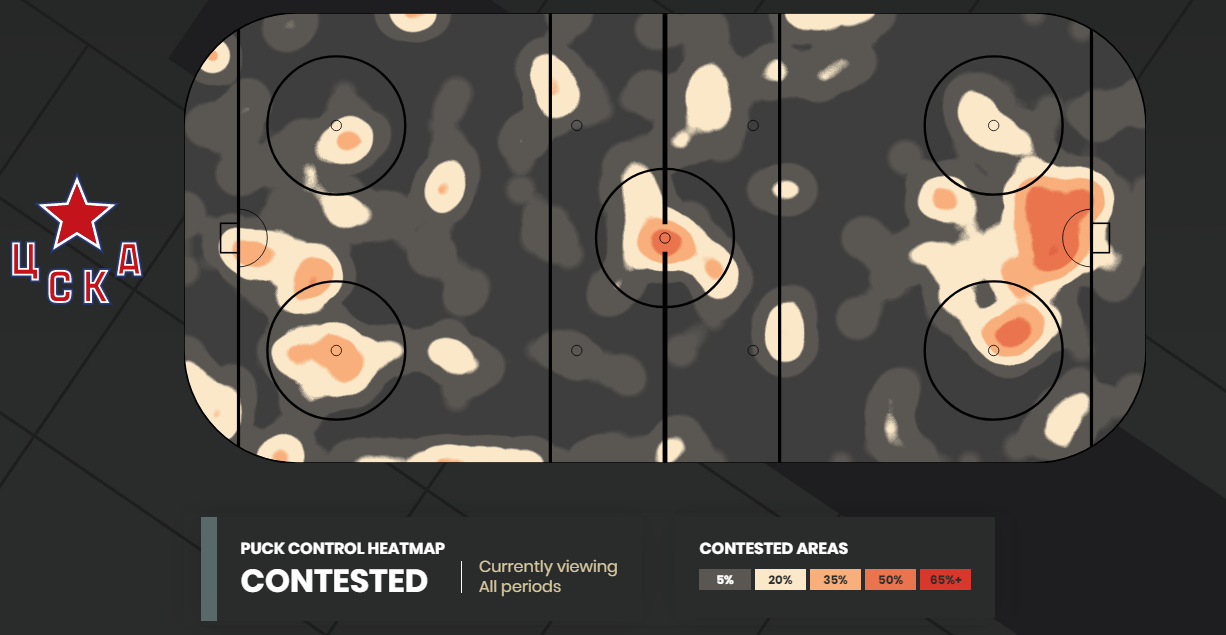 In the same game, we can see that Linden Vey skated further than any other player, covering a total of 4,996m. Avangard defensemen Cody Franson and Maxim Chudinov produced the hardest shots, clocking 146 km/h apiece. The fastest player was CSKA’s Andrei Svetlakov, who reached 37.6 km/h. 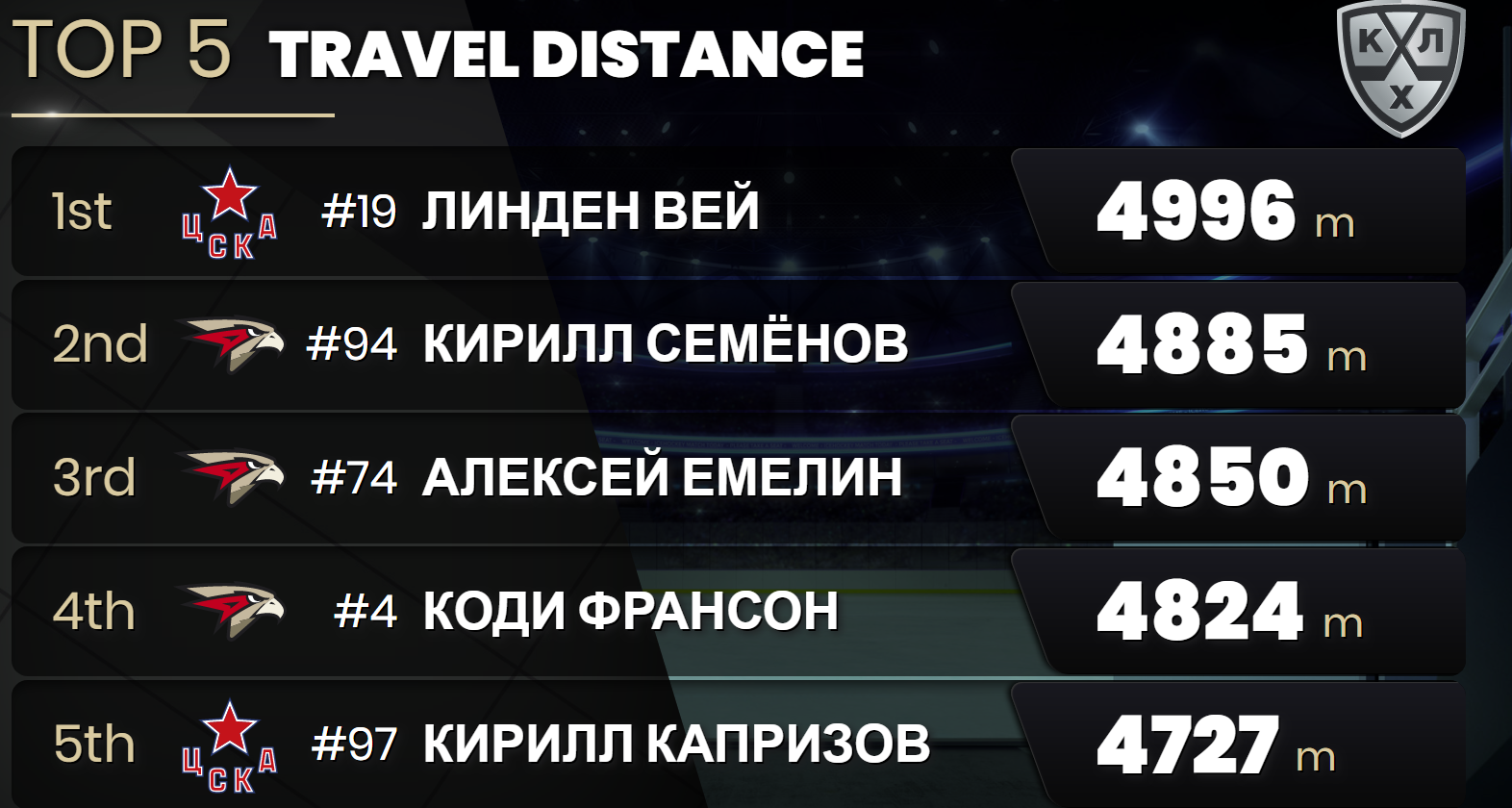 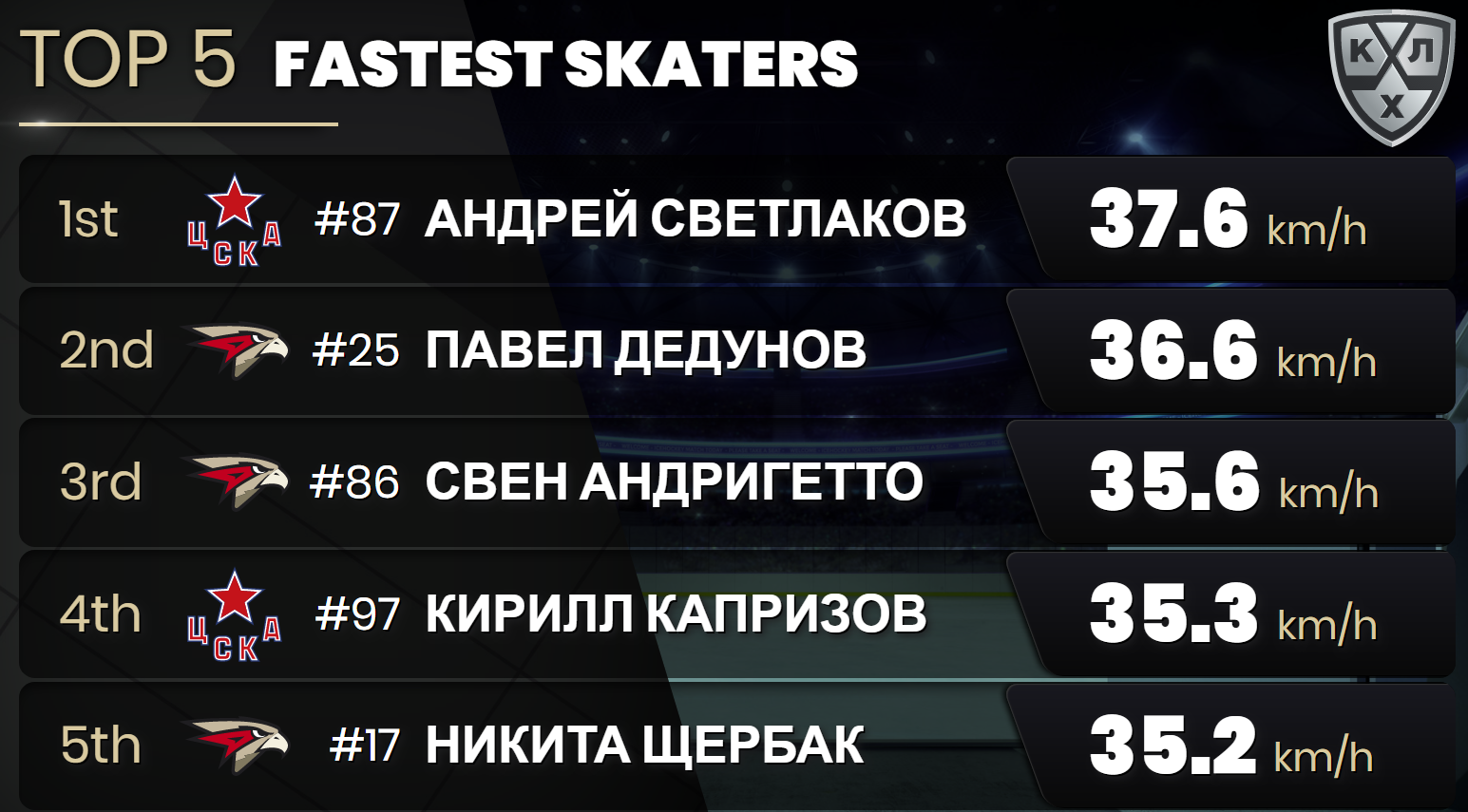 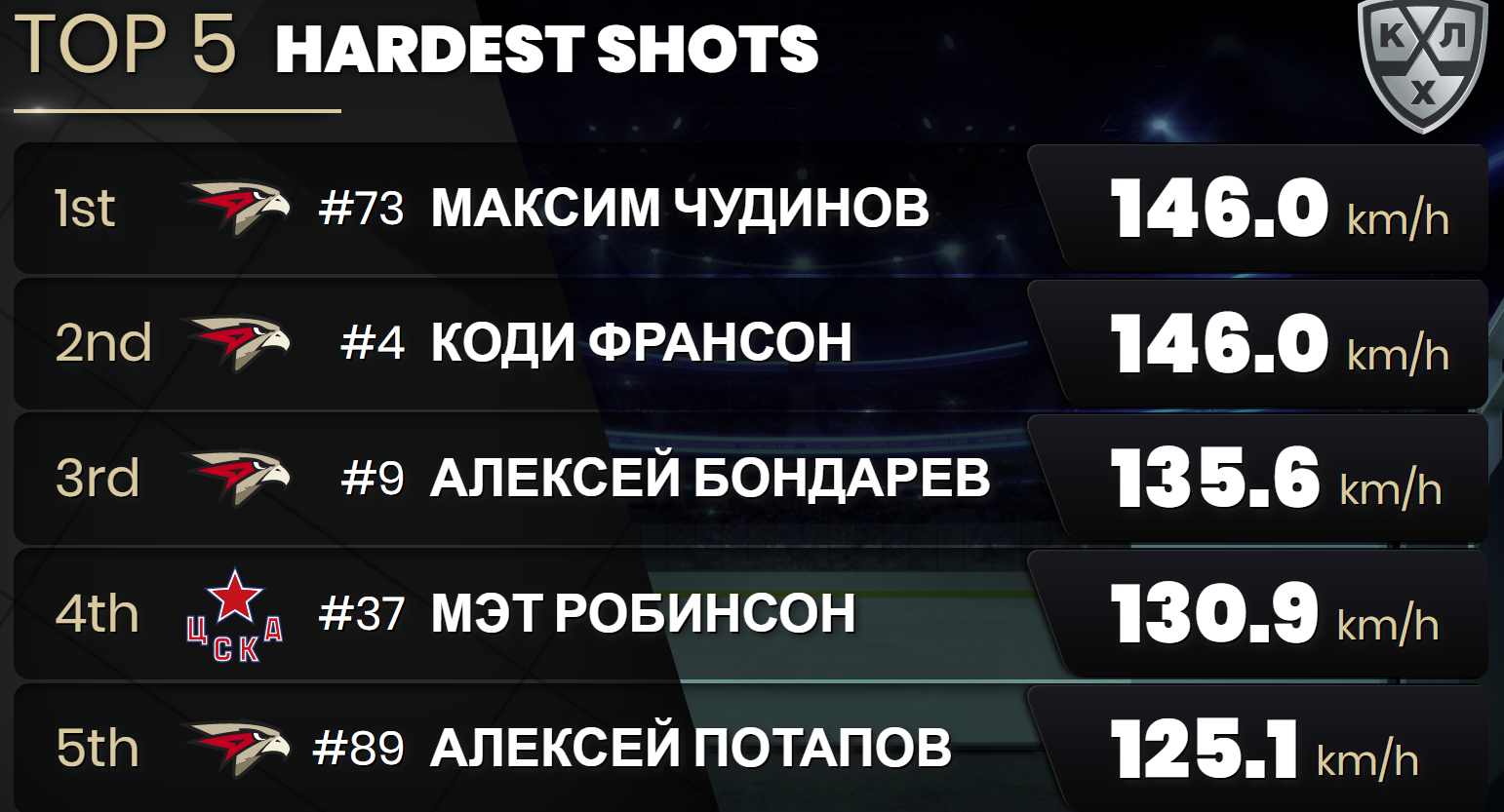 In the coming season, stat boxes with all this information will appear on KHL.ru as part of the daily recaps, bringing our audiences coverage that is more informative than ever before.