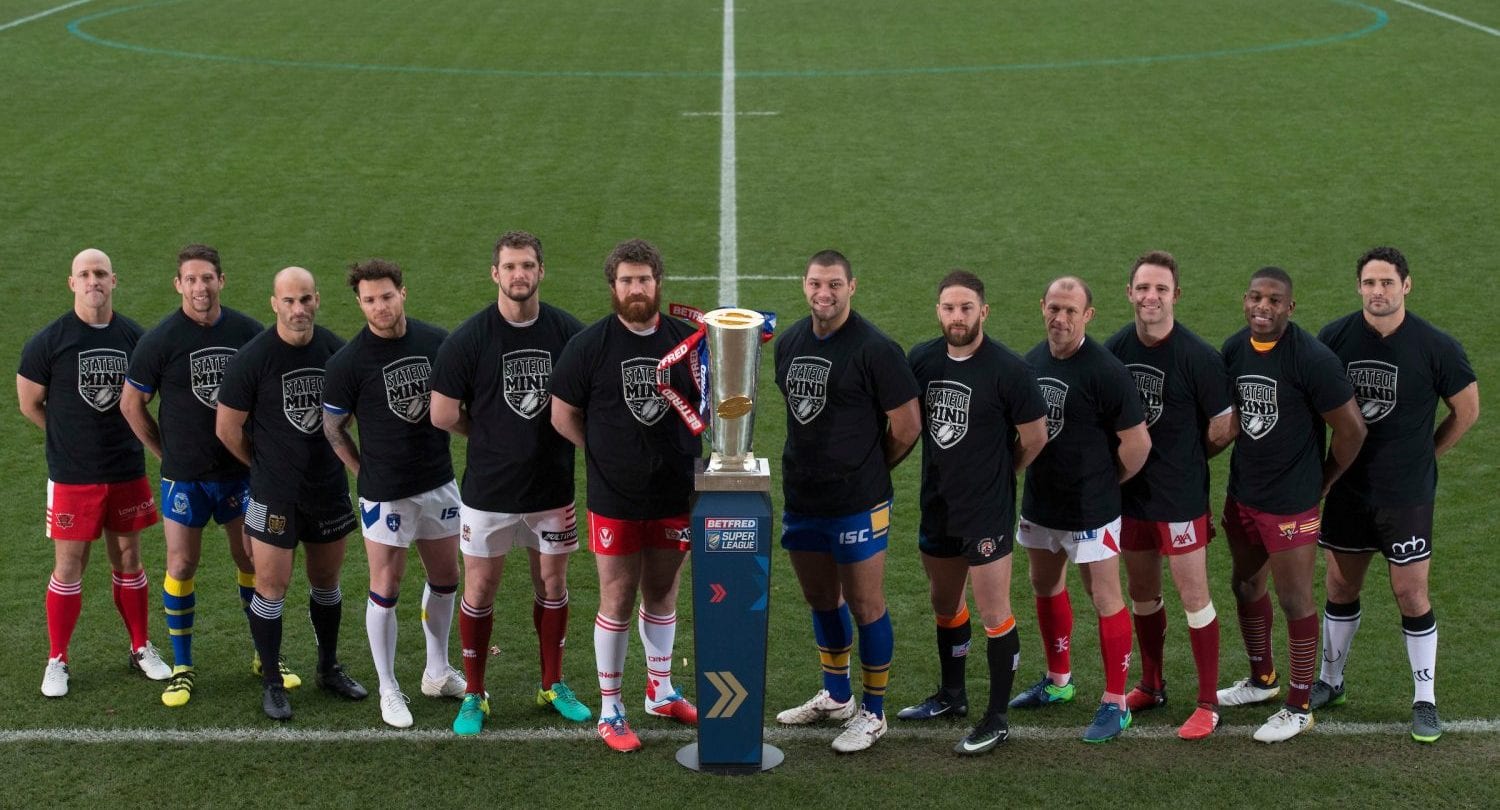 Following on from another successful Magic Weekend, Super League’s next themed weekend will be the State of Mind round in early June.

For a sixth successive year, Super League will devote an entire round of fixtures to JDG Sport’s client State of Mind, as it continues to lead the way in sport for its support of mental fitness.

The theme chosen by State of Mind this year is that of loss, and the campaign will run under the slogan ‘Let It Out’.

The games include Wigan’s first trip to Leigh Sports Village for a Super League encounter against Leigh Centurions, St Helens against Widnes and Leeds’ trip to Wakefield.

State of Mind co-founder and trustee, Malcolm Rae, said: “In line with State of Mind’s aims and commitment to preventing suicide, raising awareness, tackling stigma and promoting mental fitness, wellbeing and resilience, and signposting for timely support we have chosen ‘loss’ as the theme for this year’s campaign.

“Later this year, State of Mind Sport will be publishing practical guidance on a range of mental fitness and wellbeing topics including bereavement, anxiety and depression to inform and support the rugby league community and families.

“A sense of loss can have a significant impact on an individual. The loss may be a relationship, a job, income or in some circumstances a home. A bereavement or unexpected traumatic loss can have a major effect on individuals and families.

“The message is Let It Out, don’t bottle it in. And for others, let your mates know that you are there for them.

“We are privileged once again to be able to pass on our support and raise awareness of these issues through the vehicle of a themed Super League round.”

As per previous seasons, players and clubs will help to raise awareness of State of Mind in the build-up and during the round.

State of Mind trustees, volunteers and national health staff will be on hand at each game to provide advice and support to anyone that needs it.

More information on the impact that State of Mind has had on rugby league and its communities over the six years since its inception will be shared in the build-up to the themed round.

Currently, Leigh against Wigan is scheduled for Thursday night TV coverage, while Friday’s televised game that week is yet to be confirmed by Sky Sports.