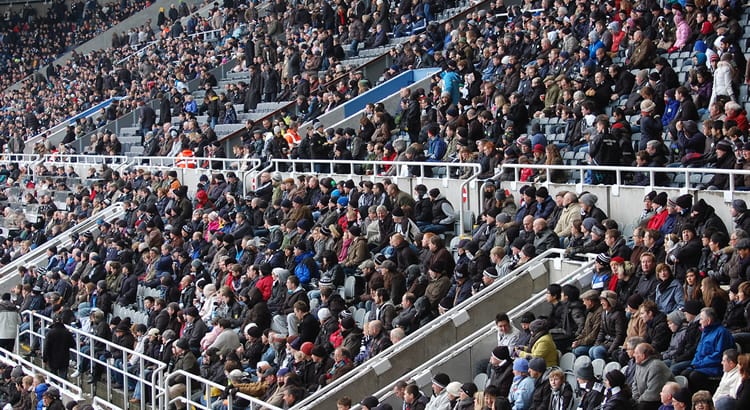 It’s a bit like your first team training at the stadium all week and then playing their games at the training ground. It wouldn’t happen.

And neither should live match coverage only club Twitter accounts.

Whether you’re Manchester United or Mossley FC, match days are your golden goose. They are the times that we waste all our weeks talking about, and the times we wish days away so that they come sooner.

Fans know what to expect. On a match day, the club’s Twitter page is going to have match updates.

Not only that, but a primary purpose for following an official club account is to find out the latest – be it latest news, signings or the latest score.

Getting fans interested for that primary purpose then enables clubs to push their secondary and additional purpose – be it community activities, selling merchandise or commercial partnerships.

Take out match day, and all you’ve got is the weekly nonsense half of which wouldn’t be relevant, or even exist, if it wasn’t for match days.

Without meaning to offend Curzon Ashton (a terrific, local non-league club run by volunteers), my visit to one of their games this week highlighted another issue that having a match day Twitter account can cause. An inactive official account!

So I attended Curzon’s league match against Alfreton on February 1st. Given the weather recently, I opted to check their official Twitter account before setting off for the match. This was what I was presented with:

So the last tweet was prior to their last match (some two days before). No score updates, no result, no match report and no reminder of the Monday night home match against Alfreton.

Tonight’s game against @alfretontownfc has been confirmed as ON. Kick-off 7:45pm at the Tameside Stadium. #CurzonLive

@LiamHenton We look forward to welcoming you! Have a safe journey.

It’s a big enough effort to get followers to one account, let alone two. The @CurzonLive account has 1,733 followers and 5,186 on the official. It’s a shame that the best tweets are being displayed on the one with fewer followers.

The main justification that I have come across for having separate accounts is that there is a fear that the large number of updates on match days can be annoying and put people off from following.

However, in practice, I haven’t found that to be the case. I manage the official @theyellows Twitter account on match days, providing live tweets from all matches home and away.

During their famous FA Cup run, Warrington Town picked up a large number of new followers, that guided them past the 9,000 mark.

Now, despite the “annoyance” of live match tweets from tier 8 of English football every weekend, that number has continued to grow past 10,000 – showing that even the fans only attracted by the FA Cup run haven’t been prompted to unfollow, despite presumably not having a great deal of interest in league matches against Brighouse Town.

If there’s a bad result, exposing your match day updates to a lesser audience may be seen as a good thing – but in the bigger picture, it is surely more logical to have everything under one roof.

If you’ve got a good example of a club using a separate match day live Twitter account, please let me know in the comments!