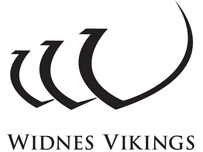 I finally have a sporting memory worthy of being my best.

Before the game, I felt that this had to be it – defeat, and obviously it’s me. I had missed the 2007 triumph against Whitehaven in the same competition two years ago because of holiday.

And the two previous finals I had been to had ended in defeat – both Grand Finals for Super League against Hull KR in 2006 and Castleford in 2007.

But today finally I experienced a high. There have been very few highs in being a Widnes fan in recent years, but at least I was there today. I remain an ever-present in 2009 having seen every try, every knock-on and every Lee Doran penalty this year.

And I’ll be at Gateshead next weekend and then over in Toulouse the following week.

It’s been a very long 18 months since the Grand Final defeat against Castleford, which ended our Super League dream. The 2007 Widnes team was the best I’ve ever seen, and we had been up there all season, and to lose the big game 42-10 was crushing. I remember taking off my shirt in despair and leaving before the end of the game – something I never do – at Headingley.

The day after, we went in to administration. It meant 2008 saw us with a nine point handicap. 2008 also saw us cruelly robbed of a Super League berth, with the RFL plumping for Salford and Celtic instead.