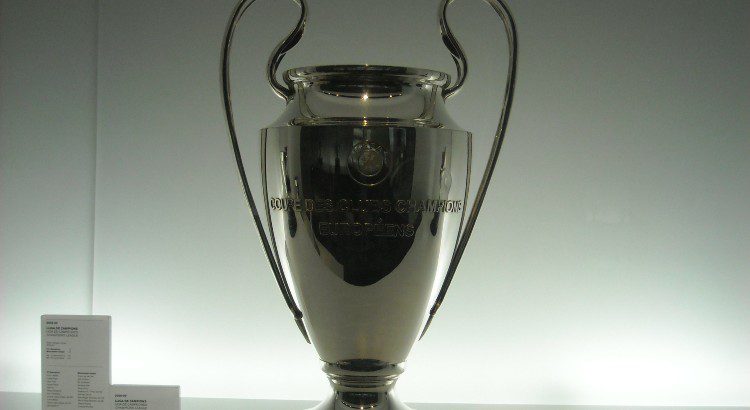 Club football is arguably Europe’s most significant sporting export to the entire globe. The top leagues in the continent are famous worldwide for their mesmerizing entertainment, exciting player talents, and unmatched inter-team rivalry. But the peak of European footballing heritage is the Champions League competition, which brings together the best teams from the past footballing season.

Since the rebranding of the contest by UEFA in 1992, the Champions League has continued to live up to its billing. Each year, about 400 million people tune in to watch the prestigious final between qualifying gladiators of European football. As the 2022/2023 season kicks off, not only is the expectation for viewership increasing, but so is the thrill of a star-studded footballing experience.

With Real Madrid hoping to defend their title, last season’s runners-up have also sworn to avenge their recent loss. Other teams like Chelsea and Barcelona are also hoping to assert continental dominance after a spending spree in the summer transfer market.

The Champions League group stage draw was held recently on the 25th of August, 2022. And since all teams now know their opponents, we have a glimpse of what to expect in the preliminary round of club football’s most celebrated tournament. Here are five things to watch out for when the group stage begins.

All eyes are set on Groups A, B, and D as most or all teams seem to appear evenly matched. Liverpool seems to be declining heavily and find themselves pitted against a youthful Ajax side, blossoming Napoli, and a refreshed Rangers team. We expect that Liverpool may not have such an easy run with its group competitors ready to provide a stiff challenge.

In Group B, Club Brugge has a history of tenacity against bigger rivals and may upset slightly weakened Atletico Madrid and Porto sides. As for Group D, Frankfurt will look to build on their Europa League victory while Marseille seeks to justify its heavy spending over the summer. Not too many pundits can vouch for Tottenham’s CL legacy. So, we may see an upset in that group.

Haaland, Lewandowski, Mbappe and Benzema have been prolific goalscorers for their teams in the Champions League group stage. Unfortunately, Cristiano Ronaldo and Sebastien Haller, the joint holders of the record for scoring in every group stage match day, won’t feature this season.

But barring injury or suspension, you can expect these other strikers will average up to five games across the preliminary rounds. So, refresh your betting knowledge with tips for betting on football and prepare to wager on strikers to score and teams to win. These four players are surely worthwhile candidates for the first or the highest goalscorer wagers.

Erling Haaland has already scored 10 goals in six matches for Manchester City in the Premier League. If he replicates this feat and adds two more goals to the mix, he will break Ronaldo’s record of 11 goals scored during the Champions League group stages. Since 1992, three Premier League clubs have also held the record for the least goals conceded. No other European League This is more than any team from any other European League has managed.

Pundits expect record-breaking defending and attacking masterclass from players, especially those from the EPL. Premier League predictions can be seen here if you wish to stay updated about the progress of English teams and players.

Sevilla is infamous for its tendency to crash out of the Champions League group stages and going on to win the Europa League trophy. This season, they are tied in the same group as Manchester City and Borussia Dortmund, thus making their chances of qualification to the next round less likely. They’ve also had a weak start to their La Liga season. Losing home and away to Dortmund and City may well seal their Europa League fate, if not worse.

The UEFA Champions League has clubs that are proven heavyweights. Barcelona and Real Madrid both participate in the UCL group stages for the 27th time since the competition’s rebranding. Porto and Bayern Munich are close to this record with 26 appearances in group stage campaigns.

Of these teams, Real Madrid has qualified for the Round of 16 every season since 1998. They also appear to have the easiest group, competing against Leipzig, Celtic and Shakhtar Donetsk. It won’t be surprising to see the 14-time champions qualify for the knockouts, alongside other top clubs like Bayern Munich, PSG and Juventus.

The UEFA Champions League is Europe’s elite club competition for good reason. It brings together world-class teams and top-rated players across five rounds of enthralling football matches. Unfortunately, the group stages this season will be rushed to completion to make time for the World Cup in Qatar later this year. But that’s even more reason for players to bring their A-game.

Usually, national team coaches will select players based on club performance. And the UEFA Champions League presents an opportunity for X factor players to have major career breakthroughs. Catch all the action live on dedicated TV stations, while official news is here if you wish to keep up with the developments via mobile.