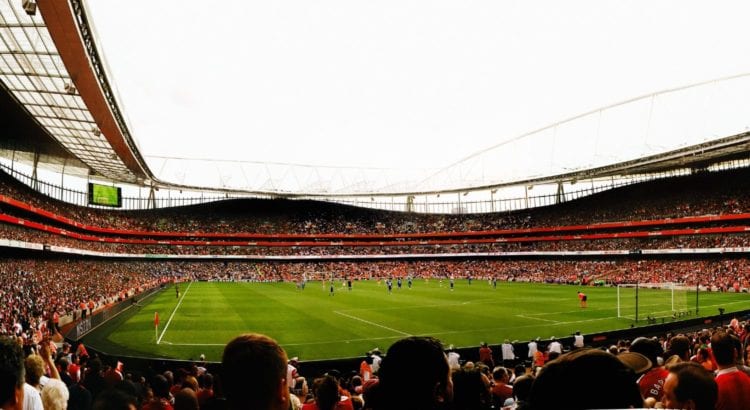 There’s nothing more action packed than the football in the Premier League over the Festive period and with games practically everyday, it’s no surprise that there’s plenty of interest in the betting accompanying the leftover turkey and stuffing.

We’ve taken a good look through the fixture list and picked out some of the hottest matches to come from the English top flight from Christmas Day onwards.

There’s everything from tight contests to big manager clashes and even a Derby match for good measure.

Forget the presents under the tree, a London derby on Boxing Day is just what football fans would have been hoping for.

Arsenal and Chelsea have had differing fortunes so far this season, but recent form often goes out the window in these kinds of matches, and you can be sure that this one will be eventful.

‘Both teams to score’ punters will be rubbing their hands at the prospect, as both sides have netted in all of the last four meetings, and there has been two or more goals in the last seven matches between the pair, including a 2-2 draw at Stamford Bridge back in January.

However, Chelsea have only lost two of their last six matches against the Gunners, and look well worth adding to that Boxing Day acca.

Whichever way you look at this, it’s a match up between two Premier League giants, not only on the pitch, but off it as well.

Everton boss Carlo Ancelotti has managed the likes of Real Madrid, AC Milan and PSG, while Pep Guardiola has revolutionised modern football thanks to his time as manager at Barcelona, Bayern Munich and now Manchester City.

It’s a tie that promises plenty of tactical nous and although that might not guarantee a goal fest, it will create plenty of intrigue.

City have had the better of the recent meetings though, winning all of their last five matches against the Toffees. They’ve also scored 13 goals in that winning run, and look a good bet to unwrap three points over Christmas.

It’s hard to believe that it’s only three years since Wolves were promoted to the Premier League, yet here we are at the end of 2020 with just a handful of points between themselves and Premier League stalwarts, Manchester United.

The Red Devils have been below their best since Wolves arrived backed in the top flight, and have continued to show their inconsistencies this season after already being dumped out of the Champions League at the group stage, despite victories over PSG and Red Bull Leipzig.

Wolves will be hopeful of meeting Manchester United on a bad day, although the recent head-to-heads have shown just how equally matched these sides are with three of the last four matches ending in a stalemate, including two at 0-0.

A draw could well be on the cards this time and given there has only been three goals in the last four meetings between United and Wolves, don’t be expecting goals galore in the big Festive tie at Old Trafford.

Betting On The Footy

There are a whole host of online bookmakers who’ll be offering football odds on all the matches over Christmas, whether that’s the Premier League, Football League or even European action from Spain, France or Germany.

If you’re thinking of placing a football acca on the Christmas matches, then be sure to check out your bookmaker’s offers and promotions.

A lot of them have promos such as ‘best odds guaranteed’ or ‘money back specials’ if your footy accumulator misses by one selection.

Some even now offer the chance to watch live big games, and have quickly joined the list of football streaming sites to watch live matches.