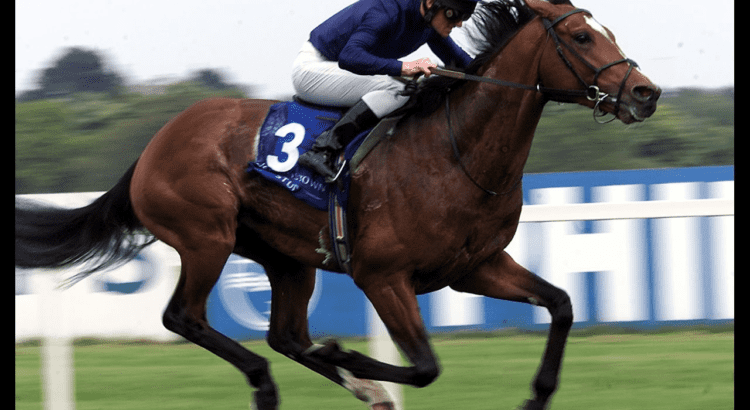 The racing world is a much sadder place recently, as the legendary Galileo has passed away at the age of 23 and with this horse playing a fundamental part in the sport over the last two decades, it will be sincerely missed.

Trained by Aidan O’Brien, Galileo would only take part in eight races and go on to win the first six – a streak that made pundits and punters take note of his prowess at the start of the new millennium, as he captured victories in both the King George VI and Derby.

Six of the best between October 2000 and July 2001, as jockey Michael Kinane was the usual man to bring him home over the finishing and although Seamie Heffernan would stand in during Galileo’s victory at the Derrinstown Stud Derby Trial, a rather fearsome partnership had been established.

One that nearly saw the horse in question extend his run to seven race wins at the 2001 Irish Champion Stakes and were it not for Frankie Dettori leading Fantastic Light to victory, that is exactly what would have happened.

A result that was delight for Dettori and despair for his rival Kinane, as there was only a heads’ distance in terms of winning margin and for those who like a bet on the big racing events, it was a wager that went against the large majority of fans in attendance.

Because up until that point, backing Galileo was as safe and houses and far less risky than being at the Golden Nugget casino for the evening. However, all winning streaks must come to an end, and this is exactly what happened at Leopardstown 20 years ago.

While once a winning streak is finished, there is always a sense that incredible powers can wane rather quickly and was unfortunately the case a month later at the Breeders’ Cup Classic at Belmont Park.

Priced at 100/30 before the start of the race, this was a sign that confidence had depleted from those who put their money where the mouth is and for those who wanted to see a return to victory at some value, they would have been largely disappointed.

Not as disappointed though as Aiden O’Brian and after finishing nearly eight lengths behind in sixth place, the decision to retire Galileo from active racing was one that was announced almost immediately after.

Just like any star that shines twice as bright, it also burns out twice as fast and although he was only in action for 364 days, his legacy on the racing world would soon extend to much more than wins and losses.

Because the next phase of his life was one that saw him become the most sought-after racehorse sire in the world and from his lineage, a litany of other amazing racing names were thrust into stardom.

A genuine who’s who of the very best have come from the Coolmore Stud ownership and without Galileo, there would not be New Approach, Australia, Ruler Of The World, Anthony Van Dyck and Serpentine. A quintet of names who have all won the famous Derby race.

While the accolades from his fathership do not stop there, as the most successful sire of all time The produced 91 individual Group One winners, while 20 of his sons have sired Group One winners on the Flat.

In what was incredibly sad news for not only the Coolmore Stud Group but racing as a whole, an announcement was made by owner John Magnier, who had this to say after Galileo was put to sleep:

“The decision was made on humane grounds owing to a chronic, non-responsive, debilitating injury to the left fore foot, we all feel incredibly fortunate to have had Galileo here at Coolmore.

The effect he is having on the breed through his sons and daughters will be a lasting legacy and his phenomenal success really is unprecedented.”

At a reported worth of £150m, there was absolutely no other horse who has made such a lasting impact on the sport and with the trickle down effect continuing for years to come, Galileo will always have a permanent place within the minds and hearts of such a loving racing community.