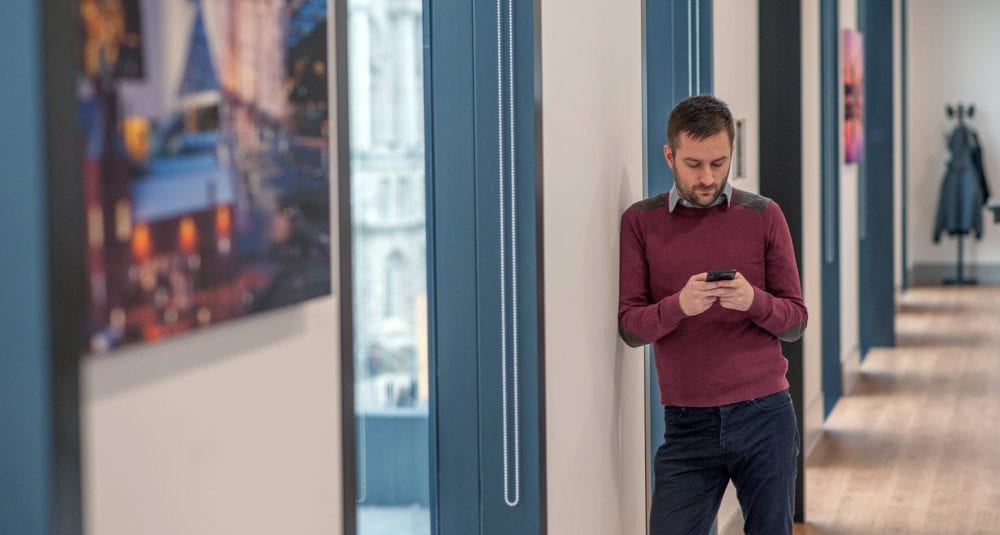 There is no doubt in my mind that picking up the phone and calling people is a generational thing.

Whether that be to source an interview, enquire about a job or get sales, ringing someone up nine times out of 10 is the best option.

But for people of roughly my age and younger, we’re in a world where texting and emailing dominates.

Kids of today will probably see texting and emailing as old school.

Picking up the phone and contacting someone has always created a bit of anxiety within me that I’ve never quite been able to put a finger on.

So it was in many ways, a relief and somewhat comforting to read a fellow professional with the same struggle.

Just on this – I don't think I've expressed myself properly…

It's not about doing an interview, it's more anxiety about making initial contact with people who I've never spoken to before and who don't know who I am or how I've got their number. https://t.co/zfPDQSfm0X

David is a former university colleague of mine and a successful broadcast journalist for the BBC, The Athletic and the Blue Moon Podcast about Manchester City.

He hit the absolute nail on the head with this: “It’s not about doing an interview, it’s more anxiety about making initial contact with people who I’ve never spoken to before and who don’t know who I am or how I’ve got their number.”

It’s that first touching base. The awkwardness of introducing yourself and the fear that they might not have time for you, that they won’t know who you are or that you are inconveniencing them in some way.

It’s an awkwardness I also feel in person. Will they know who I am? Will they remember me from the last time I spoke to them? And as David says, it is exhausting.

As with David, as soon as that initial hurdle is broken down, conducting and completing an interview isn’t a problem.

Pretty much every ex-player I've interviewed has been lovely and more than happy to chat. But BMP is small fry – tiny fry – in the context of media interviews, so making initial contact and explaining who I am, what I do, and how I got their phone number seems to terrify me. 🤷🏻‍♂️

Back in my university days, I remember feeling particularly confident during placement at Warrington Guardian in ringing people up – simply because I knew, anyone who I was ringing in Warrington, would know who the Guardian was, even though they wouldn’t know me. “It’s James from the Warrington Guardian” gave me a comfort blanket to get through a heap of stories.

I’ve probably not helped myself by creating two business names that can be easily misheard – Love Rugby League (the rugby league? What rugby league?) and JDG Media (don’t even start there).

On my LINE between journalism and business, there also falls imposter syndrome.

I’m not sure you can ever real “fix” Imposter Syndrome. But some things I think help:

🗣 talk about it – I’ve always found when I speak to someone else who says they feel this way, it helps me to call it out in myself for what it is. Imposter Syndrome.

Despite having 15 years experience, sometimes you can still feel like you’re an imposter. When you see the many different things that other people do.

It’s understanding your level and your worth that’s important.

Entry-level jobs still seem attractive to me most of the time, but you’ve already earned your stripes; the experience and knowledge that you have generated takes you to the next level.

But in spite of everything you’ve done on paper, there is still no getting away from the random bouts of anxiety that hit you day to day. You’ve just got to stick with it, and try and fight through it.