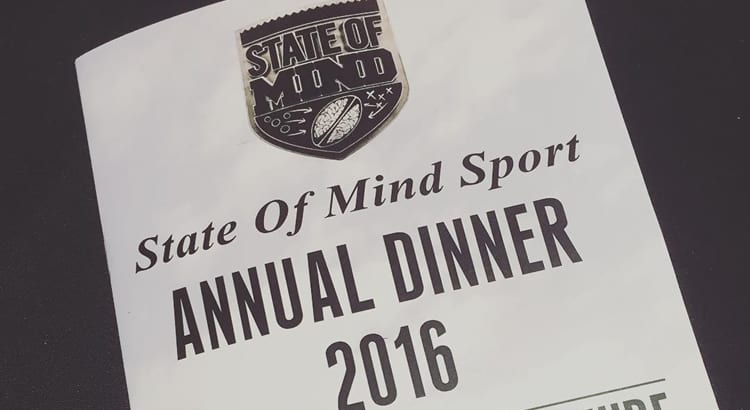 More than 340 people attended to enjoy a three course meal, bingo, raffle and auction to raise funds for a fantastic charity.

State of Mind was established some five years ago by co-founders Phil Cooper, Malcolm Rae and Ernie Benbow and has punched above its weight since.

In the past 18 months, it has become a fully fledged charity and with that comes the realisation of raising funds to ensure its work can continue.

The annual dinner will no doubt have raised a significant five-figure amount for the charity, and praise must go to former player Danny Sculthorpe, for his work in organising what was a terrific event.

JDG Media has been involved with the charity since 2013, with James Gordon sitting on the Operational Board.

James said: “It was a pleasure to attend the annual dinner and see the hard work of so many people be recognised and appreciated by a large turn out.

“Being involved with State of Mind for three years has been a privilege, and it has also in an indirect way helped me to deal with mental fitness issues of my own.

“It is an organisation that is close to my heart and I hope to be involved for a very long time yet.”

We will once again be running the media campaign for State of Mind’s themed Super League round in 2016.