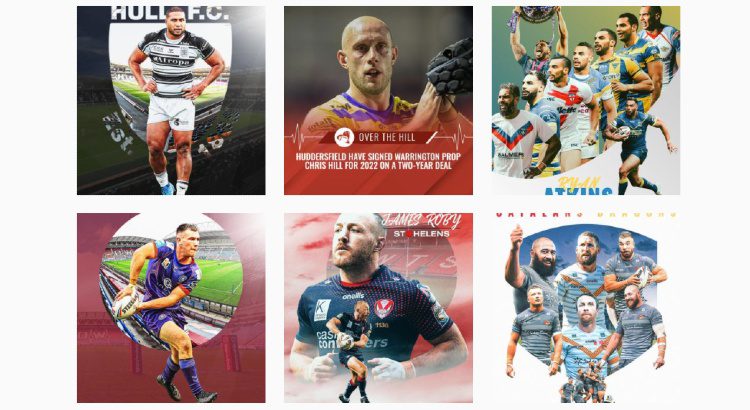 Rugby league fans will have hopefully have noticed an effort from Love Rugby League this year to bring more attention to players.

As part of a drive to grow our Instagram account, we have employed a graphic designer to produce edits throughout the season.

This has included tribute posts, milestone announcements and even signings.

Our reason for doing it was to try and help improve the profile of rugby league players.

We do have some other plans afoot to grow this further – such as the release of trading cards, subject to Super League approval (although they have understandably been pre-occupied elsewhere!).

As elite athletes in a tough sport, rugby league players deserve to have profile built both in rugby league and within the wider sporting audience.

This will help increase their own commercial worth and that of the sport.

What a career, Michael Shenton 👏 pic.twitter.com/py2x6eZ0As

It has resulted in multiple players sharing the graphics on their own personal social accounts.

Some have even requested to have the designs printed.

We’ve also started to have approaches from players wanting similar done for them.

Though sadly, it does come with some drawbacks; we had to delete a graphic featuring one player – an up and coming young British player – due to the nature of the abuse he received in the comments.

We hope to develop the graphics over time to start driving to interview articles or profile features.