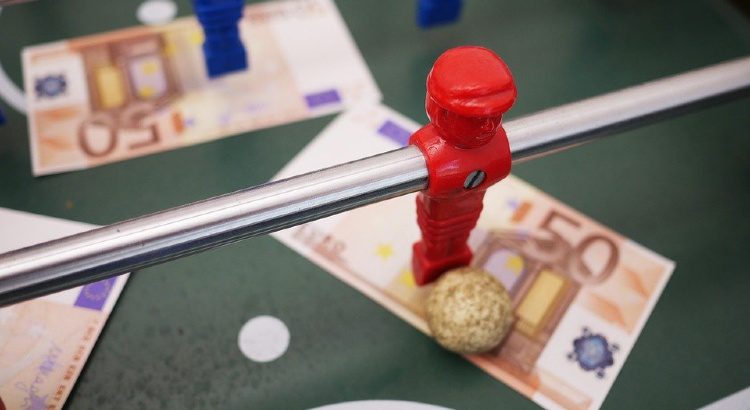 Gambling has been a part of human society for all of record history. Today, you’ll find sports fans using the best odds bookmakers to place bets on everything from football to Formula 1, as well as millions of players that enjoy a flutter on casino games like blackjack and roulette.

But this pastime goes back millennia. The Romans are known to have enjoyed wagering on their favourite sports, including gladiator fighting and chariot racing. They also had a penchant for playing dice games which could be found taking place in the streets of many cities. In fact, most historians believe that it was during this period of our history that the first municipal lotteries were organised.

Augustus Caesar, the son of the legendary Julius Caesar, ran a lottery during his reign as emperor. While modern lotteries give out cash prizes, Augustus’ competition awarded winning players with physical items. But just like today, he retained some of the takings to help fund state projects, most notably repairing the City of Rome.

This concept then found its way around the world. The British Empire widely used it to fund expeditions and military activities, though many were outsourced to private entities to allow them to make a profit too.

Wagering also goes back a long way in the world of sport. Modern Thoroughbred horse racing is around 400 years old, and there are records of bets being placed on early events. Similarly, casino games like roulette and blackjack have been enjoyed for centuries.

But despite the long history of gambling, many people think it should be banned. Is this reasonable, or is it a blunt response to a highly nuanced topic?

Gambling Can Be Addictive

There’s no denying that gambling can be addictive. For this reason, many people argue that it deserves to be outlawed. After all, the consequences of addiction can be dire, with impacts on health, wealth, and relationships.

But this is true of just about anything. Even benign things like sugar and video games can be addictive to some people and have similar consequences. Yet, few people call for an outright ban on either of these things.

Of course, there need to be sensible controls in place to protect the vulnerable and to ensure everyone has an enjoyable experience when why gamble. That’s why regulators like Great Britain’s Gambling Commission and the Malta Gaming Authority enforce strict rules on licensed casinos, bookmakers, and lotteries.

You’d have to search high and low to find someone that hasn’t seen Martin Scorsese’s 1995 film Casino. With an 8.2/10 rating on IMDb, 78% on Rotten Tomatoes, and 4.1/5 from Letterboxd, it’s clear it is a sensational movie.

It depicts a handicapper, played by Robert De Niro, who the Mafia asks to manage their casino in Las Vegas. But theft, violence, and murder are in quick supply, and De Niro’s character soon finds himself out of his depth.

Casino leans on long-held misconceptions about the industry, though it’s also based on kernels of truth. In the early days of Las Vegas, the casinos were run by mobs who had their particular ways of dealing with things.

Today, however, the city and its casinos have cleaned up their acts, and publicly-traded multinational corporations operate most.

Generally, licensed and regulated gambling is operated by legitimate businesses. Still, when you outlaw the activity, you push it underground and force players into the arms of the ne’er-do-well of the world.

In countries where gambling is regulated locally so that taxes can be collected from the casinos and bookmakers, the governments earn a sizable income from the practice.

In the UK, HM Revenue and Customs rakes in more than £3 billion yearly from betting and gambling activities, more than double where it was 20 years ago. Some US states are also approaching this figure after sports betting was legalised a few years ago.

On top of that, many iGaming companies generate billions in profits distributed to their shareholders. And since all of the biggest brands are listed on the stock market, gambling profits end up in the pockets of pension funds and individual investors.

The industry also employs thousands of people in each country, from the dealers working in land-based casinos to the programmers who help create sports betting apps.

iGaming brands also invest heavily in sponsoring teams and leagues in just about every sport at all levels. You’ll find casino and sports betting logos plastered on players and stands in just about any league. This is especially helpful for smaller competitions like the British Basketball League, which need funds to grow.

So, while there are some legitimate arguments for banning gambling, the reality is that it is ingrained into our history, culture, and economy. Outlawing it won’t make it go away; it’ll just go underground. Instead, it’s better to regulate it to keep it fun and safe.